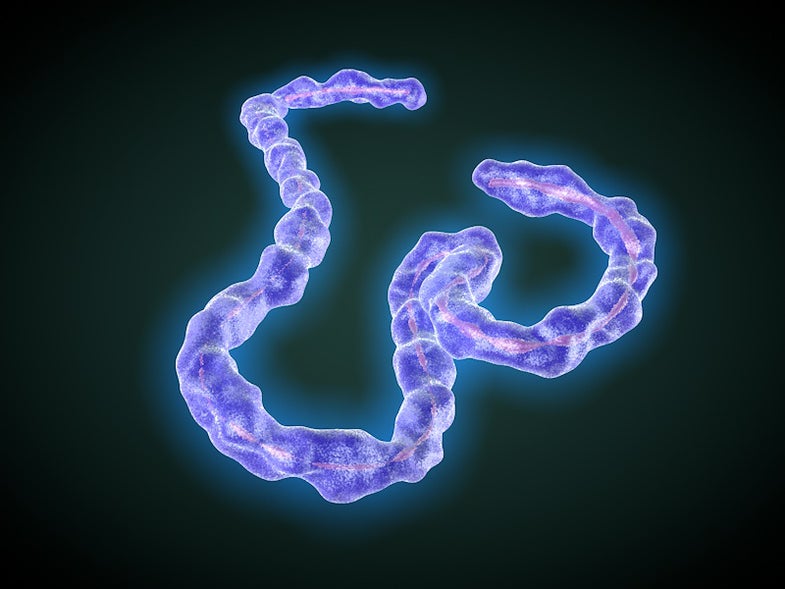 Even as the largest-ever Ebola epidemic winds down, researchers are looking for drugs that can stop Ebola outbreaks in the future. While some scientists are working to develop a vaccine, others are looking to repurpose drugs that are already on the market and could be available to patients more quickly. After testing 2,600 drugs, researchers have found 30 that might help to fight the Ebola virus. The most promising are Vascor, a drug commonly prescribed to treat heart disease, and the antidepressant Zoloft. The results were published today in Science Translational Medicine.

The 30 drugs that had promising results were designed to treat a slew of different conditions, but 17 of them have a similar chemical makeup that allows the drug to bind to a cell receptor that the virus would use, blocking the virus from infecting healthy cells. Vascor (generic name bepridil) and Zoloft (sertraline) were among these classes of drugs and, when they were tested in mice infected with Ebola, had the most promising results: 70 percent of the mice that took Zoloft survived the infection, as did 100 percent of the mice that were given Vascor. When the researchers tested the drugs on cell cultures, they found that the drugs were effective against two strains of Ebola and similar viruses.

This isn’t the first time that drugs have been used to fight diseases for which they were not initially intended. But the researchers hope that, should another Ebola outbreak occur, they wouldn’t have to wait until new vaccines could be manufactured—they could administer pills that work just as well, stopping the spread of the disease before it becomes an epidemic.