Studies of more potent versions of the vaccine are already underway 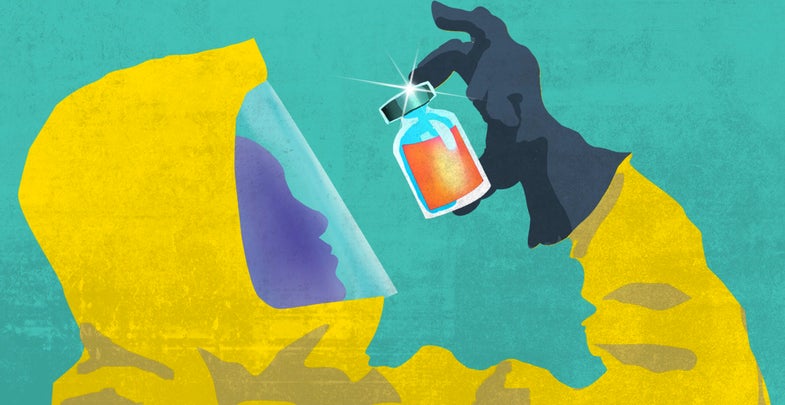 An experimental vaccine against Ebola has shown promising results in volunteers in Uganda. The study, published today in The Lancet, is the first to report an Ebola vaccine candidate to be both safe and effective in an African population, said lead author Julie Ledgerwood in a statement. Ledgerwood specializes in testing experimental vaccines for the U.S. National Institute of Allergy and Infectious Disease.

The results are exciting because there aren’t any fully proven Ebola immunizations or treatments. Hopefully, some will be ready by 2015. But there’s still plenty of work left to do. Because the vaccine they tested is so new, Ledgerwood and her team gave test subjects low-potency doses of it. The dose was not enough to give the volunteers long-lasting protection against Ebola, and about half of the test subjects who received the vaccine didn’t get any protection at all. However, the fact that the low-potency vaccine gave about half of people short-term protection, while triggering few side effects, is good news.

Normally, with results like this, the next step would be to try higher or more potent doses. In this case, public health officials have fast-tracked the development and testing of Ebola treatments, so studies of more potent versions of this vaccine are already underway. Just last month, researchers working on one of those trials published promising results from 20 study volunteers. (The trial being reported today tested 108 volunteers and included volunteers receiving a placebo. The 20-person trial included no placebo.)

The vaccine Ledgerwood’s team is reporting on today contains a fragment of Ebola DNA. The DNA codes for the proteins that pepper the surfaces of Ebolaviruses of the Sudan and Zaire strains. Those surface proteins alone aren’t enough to make people sick with Ebola, but exposing the body to them helps the immune system learn to quickly recognize those proteins and clear them out.

The National Institute of Allergy and Infectious Disease has tried making a number of DNA vaccines against Ebola before. The vaccines have generally proven safe, but not quite effective enough to trigger a strong, long-lasting response from the immune system. This team appears to have overcome that problem by encasing the DNA inside a cold virus that normally infects chimpanzees. The cold virus itself is harmless to people, but it helps deliver the Ebola DNA into people’s cells, helping to trigger a stronger immune response.