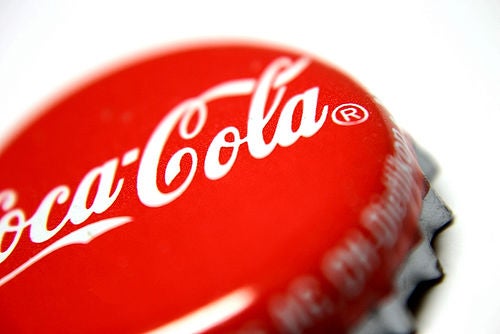 The Global Energy Balance Network (GEBN), an organization founded to help combat obesity, will be disbanding after months of criticism following a New York Times report back in August that revealed Coca-Cola had funded the organization.

The group wiped its website clean, leaving a post that said it was discontinuing operations “due to resource limitations.”

Following the August article, public health officials across the country argued that Coca-Cola had funded the group in an effort to play down the association between sugary soft drinks and obesity. While the group had previously claimed that Coke had given them an “unrestricted gift” and the company had “no input” on the research, the Associated Press reported last week that they had obtained emails between Coca-Cola and GEBN group leaders that showed the beverage company had both hand-picked GEBN’s group leaders and, “edited its mission statement and suggested content for the group’s website.” In response, Coke told the AP that its chief scientist, Rhona Applebaum, would be retiring as well.

The New York Times reported yesterday that in an email exchange between James O. Hill, GEBN’s president, and Applebaum, Hill had suggested a study to focus the blame for the rise in obesity on a lack of exercise, and keep it away from the consumption of Coca-Cola’s soft drinks.

Going forward, Coke claims it will be more transparent about its research and collaborations in the coming months and years. But in an interview for the AP story, Coca-Cola North America president, Sandy Douglas, said that his company would continue to argue that moderate consumption of soda does not contribute to obesity. “If folks are saying the moderate consumption of our beverages is causing obesity, then we’re going to argue with that, because it’s not true.”