An improbable drone to counter an unbelievably expensive fighter 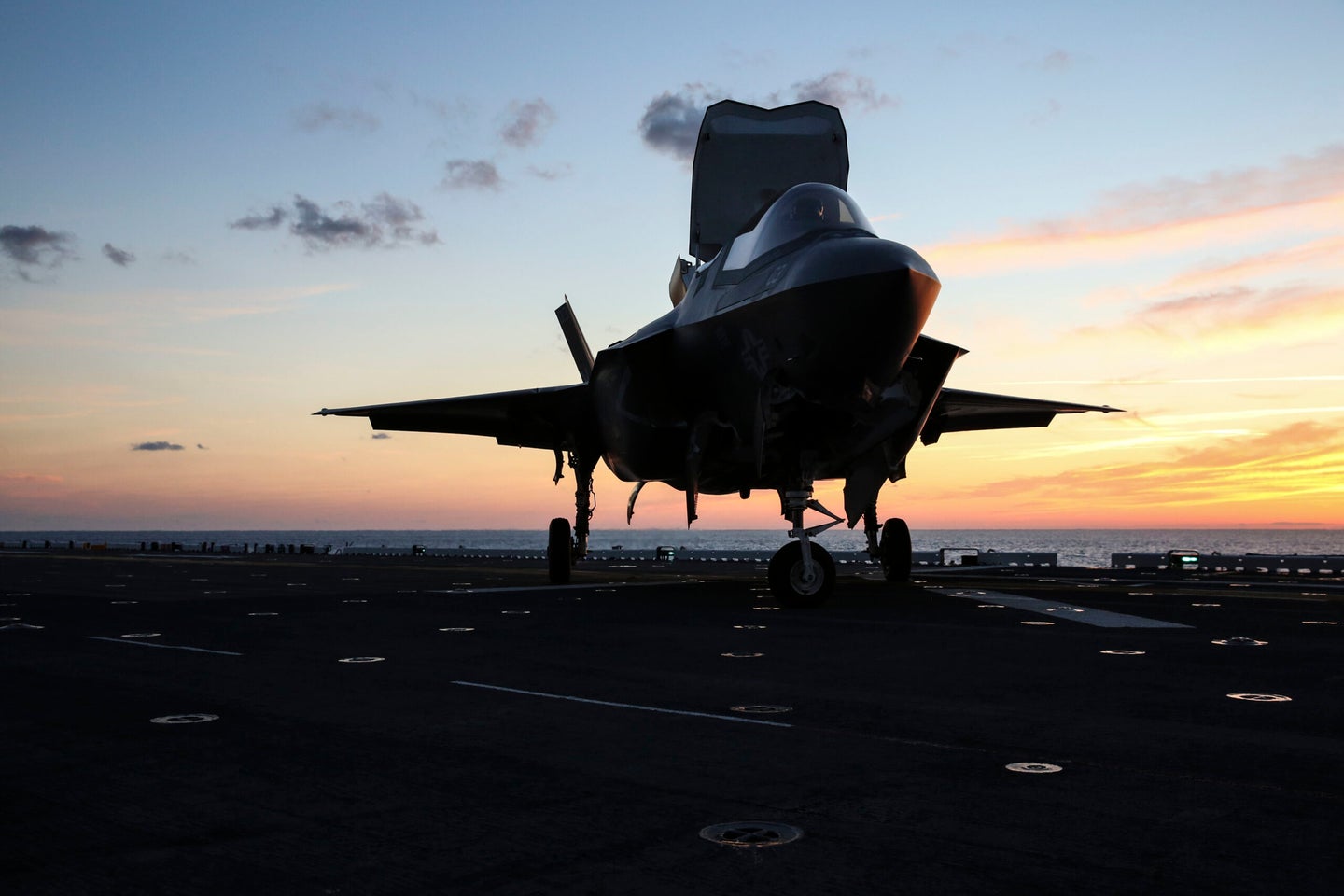 For the next 30 years, America’s F-35 is the plane to beat. While it won’t be America’s top dogfighter (that honor goes to the F-22), the Pentagon has ordered more than 2,400 F-35s compared to 187 F-22s, so the F-35 will by sheer volume be the most common American fighter in the sky. Such ubiquity paints a target on the plane’s back. At the MAKS air show in Moscow last week, Russia’s United Aircraft Corporation unveiled a model of what appears to be a drone that hunts F-35s.

The drone’s body most resembles America’s X-47B, an experimental unmanned autonomous aircraft. While not actually built for combat, the X-47B’s slick, gray, rudderless body and sharp angles suggest a future of stealthy and deadly autonomous machines. Except the body of UAC’s drone model is transparent, revealing instead the electronics systems inside. In addition, it appears the drone’s body has a lift fan in each wing, letting it in theory take off vertically.

According to FlightGlobal, the head of UAC claims the F-35 hunter will have a “deeply-integrated electronic warfare system that not only provides a protective electromagnetic sphere around the aircraft to counter air-to-air missiles, but also cloaks it from radars.” This drone has two very unstealthy tail rudders, so it needs some stealth help.

The F-35 is designed to have powerful sensors, but it has a very limited capacity to carry missiles stealthily inside its body. Making missiles miss and hiding from sensors are a good way to beat the F-35. To properly find and destroy F-35s, it looks like this as-yet-unnamed drone plans to use radar similar to that of China’s Divine Eagle 2, which will let it find low profile stealth aircraft, such as the F-35 or the F-22.

At least, that’s assuming any of this works as promised. Combat aircraft are especially expensive to design and get right, and Russia has floated absurd aircraft ideas before. Until there’s an actual aircraft demonstrator, it’s probably best to file this away as a concept F-35 hunter, and not a real threat.