Your Next Condom Could Be Made Of Grass

As strong as latex and as thin as a human hair 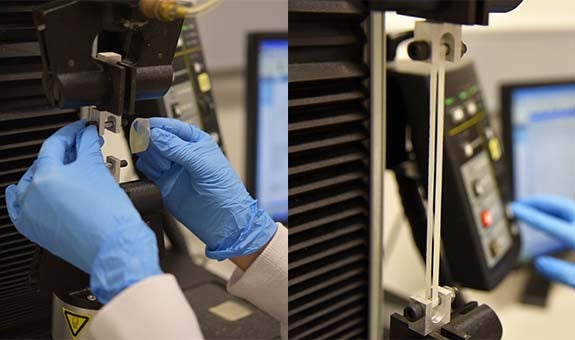 Despite efforts to make it something people actually want to use, the condom hasn’t changed much in the past few decades. Now researchers in Australia have discovered a compound derived from wild grasses that can make latex condoms significantly thinner that are just as strong and flexible, according to a press release from the University of Queensland and reported by Gizmodo.

The compound comes from a grass called spinifex, which grows on sand dunes in western Australia, Africa, Asia, and the Middle East. Though Australian aboriginal communities have long used spinifex as an adhesive, the researchers recently figured out how to extract nanocellulose, a fibrous compound that makes up the cell walls in plants, from spinifex grasses. They found that, if they chop up the grass and combine it with sodium hydroxide to make a pulp-like mash, the material can then be forced through a small hole at high pressure to strip away the woody parts. What remains are sticky nanocellulose fibers that can easily be combined with other materials like latex, the most common material for condoms.

Recently, the researchers tested the physical properties of a material made of nanocellulose and latex. On their first attempt to make the material into condoms, the researchers were able to make condoms just 45 microns thick, the width of a human hair. They found that these condoms can even perform better than latex condoms—their new material can handle more pressure and volume without ripping. The researchers hope to soon commercialize condoms that are 30 percent thinner as well as thin latex gloves that wouldn’t dull surgeons’ sense of touch during operations. 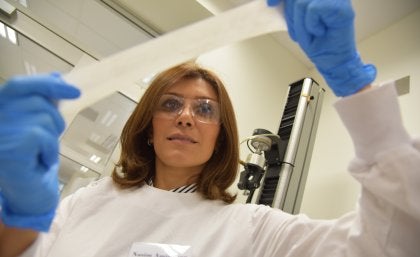 Dr. Nasim Amiralian, one of the researchers involved in the project, stretches the new material.

This is perhaps the most traditional of several recent efforts to create condoms that give the wearer greater sensation without sacrificing protection against pregnancy and STIs. There have been gels, nanofabrics, even a “bacterial condom”. The researchers haven’t yet tested how their new material reacts with biological fluids like sperm or other compounds often involved in intercourse like lubricant. But if it does well, nanocellulose would be a cheap addition to latex, since the grasses are common on several continents. Plus, consumers would be easily convinced to buy a type of condom they already understand and simply works better than what they’re used to.