Please don’t pay $8,000 for an infusion of young blood

There are so many better ways to spend your money. 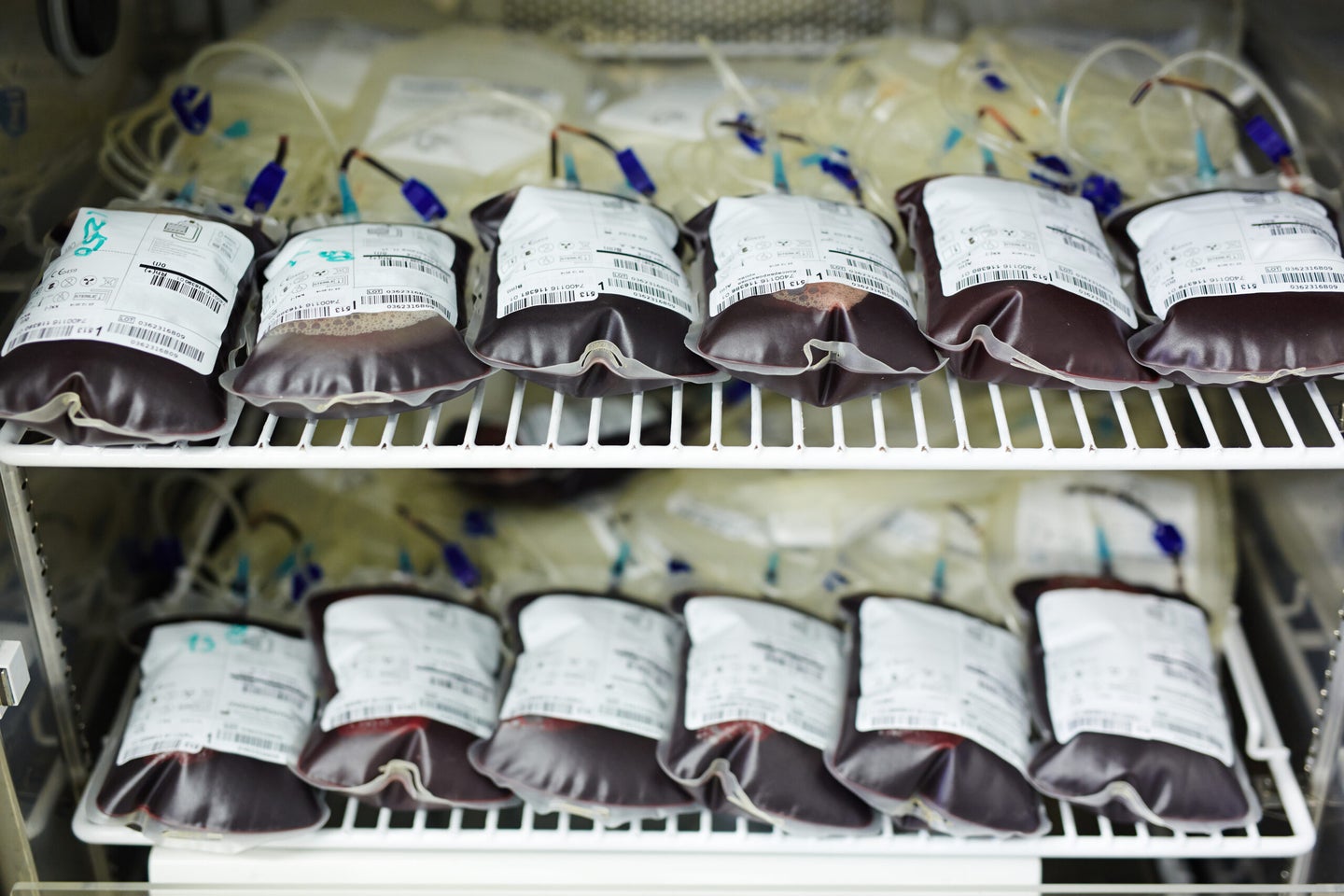 If you live in Los Angeles, San Francisco, Tampa, Omaha, or Houston, have a spare $8,000, and are dead-set on trying an unproven, possibly dangerous medical procedure—you’re in luck. Ambrosia Medical, a start-up that aims to treat the effects of aging by infusing blood plasma from young people into older people, has clinics in those cities up and running, according to its website and reports from Business Insider.

Ambrosia, a startup founded in 2017 by Jesse Karmazin (who went to medical school, but isn’t licensed to practice medicine), promotes its treatments based on the idea that young plasma can counteract aging and rejuvenate old organs.

The problem is, there’s still no evidence that young plasma can actually do that.

“As far as I know, the science hasn’t changed,” says Michael Conboy, a bioengineering researcher at UC Berkeley who’s studied young and old blood in rodents along with his wife, Irene Conboy, also a bioengineering professor at Berkeley.

Some research in rats has shown that older rodents benefit from a supply of younger blood, but most such studies, including ones done by the Conboys, involve a technique called parabiosis, which surgically joins the circulatory systems of the animals—so, while the younger blood does flow into the older animals, they also have the benefit of using the younger animals’ organs and systems like the lungs and cardiovascular system. Injections of a protein that’s more prevalent in the blood of young mice has been shown to have some anti-aging effects in rodents. But a small study in humans from the California company Alkahest showed little, if any, benefit for Alzheimer’s patients, and it’s still far too early to know if or how a blood transfusion would affect humans. “The science just isn’t in yet,” Conboy says.

Ambrosia has already been offering young blood to consumers out in California, and ran a clinical trial—which didn’t have a control group—in 81 people starting in 2017. David Wright, a physician who runs an infusion clinic delivering vitamin and antioxidant “alternative therapy infusions,” conducted the trial, which charged $8,000 for participation (patients usually don’t have to pay to participate in clinical trials). The company claims the results were promising, but there aren’t any published results, so we don’t know for sure.

“If I were them, I’d try to find some academic group with no economic ties to have them objectively review the data,” Conboy says. “It’s bad enough that they’re the ones collecting and managing the data.”

Blood is already considered a drug by the Food and Drug Administration, which regulates blood products and blood transfusions, so the company isn’t operating under any additional regulations or guidances. Blood transfusions are generally considered safe, and millions of people receive them each year. But while serious complications are rare, there are still risks of adverse effects like allergic reactions, rejection, lung injury, or immune reactions, which can arise even weeks after transfusion.

“If you’re in an accident, and you’re going to go into shock or die without a transfusion, the risks are worth it,” Conboy says. But people probably shouldn’t have a transfusion unnecessarily, with no proof of benefit.

Young blood is still interesting to researchers, even if it’s not ready for use in the clinic yet: there might be proteins and molecules with medical potential in young blood and negative effects in old blood. But until they’re identified and treatments are rigorously tested, there are better, healthier uses for $8,000.