You Need To Build An Applause Machine 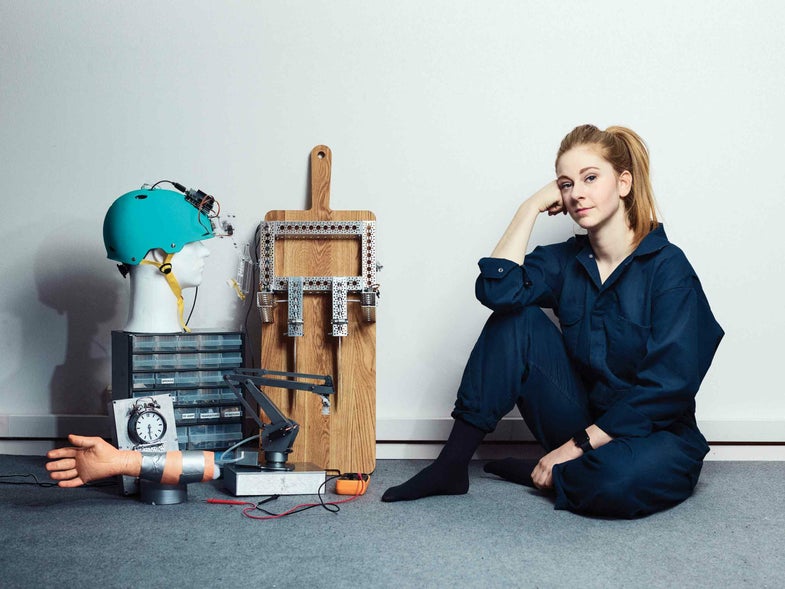 Inventor Simone Giertz builds ridiculous contraptions—because she can. Here, she poses with some of her absurd machines, including a helmet that brushes your teeth, an alarm clock that slaps you awake, and a chopping machine. Find out how she made them on her YouTube channel. Photograph by Tobias Björkgren
SHARE

Picture your hands after you’ve just watched an amazing performance. An evening spent clapping has probably left them red, tired, and blazing with pain. That’s why I created a portable applause solution for the 21st-century human. With high-quality sound, speed control, and a custom laser-cut case, the Applause Machine will do your clapping for you.

To build it, I started with a pair of tongs from my kitchen. I attached a metal spring below the grippers, and put an oval-shaped DC motor between the arms. When the motor spins, it forces the tongs to open and close, creating a clapping motion.

As for the machine’s hands, I wanted to find a pair that would create the most realistic clapping sound possible. So I bought four different types of plastic hands from a party-supply store. After some experimentation, I decided that hollow hands made of rigid plastic created the best noise. I fastened them to the tongs’ grippers with small bolts.

When it came to the machine’s power supply, I ran into trouble. The Applause Machine is controlled by an Arduino UNO: a tiny, inexpensive microcontroller that’s great at reading sensors and managing hardware like motors. But it has only a 5-volt output, and the DC motor required 12 volts to run. To solve this problem, I inserted a MOSFET transistor—which allows you to control a high voltage with a low one—between the Arduino and the motor. 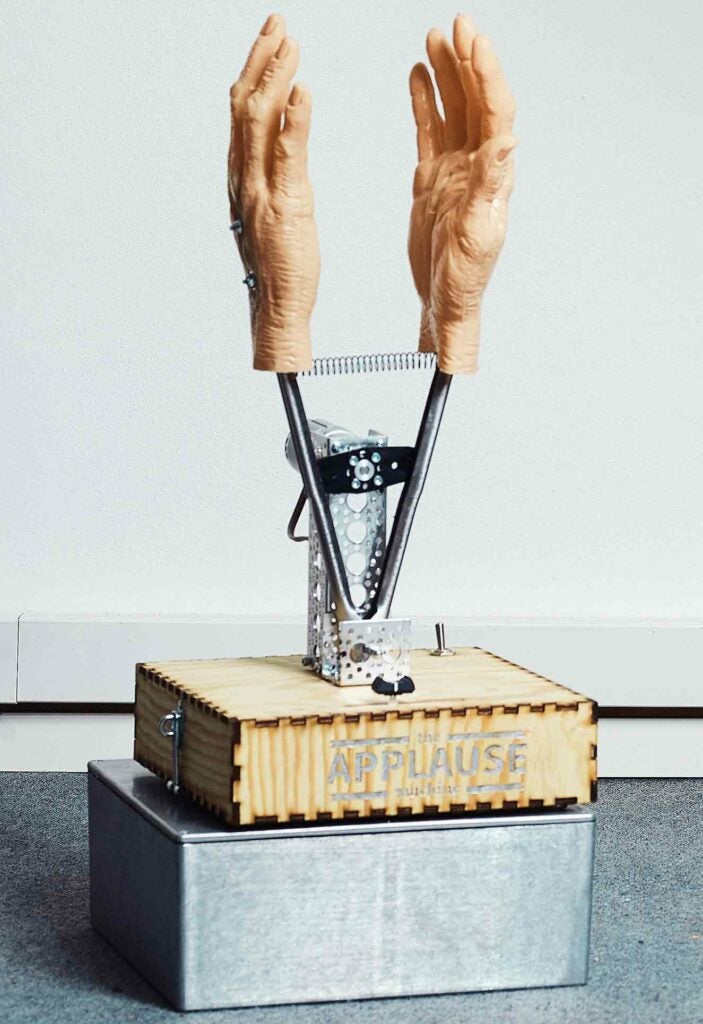 The result of Giertz’s hard work: a machine that does your clapping for you.

Last but not least, I added a slider to the front of the machine to control the speed. It can gradually increase from a snarky slow clap to a breakneck 330 claps per minute. After testing, it was evident that the Applause Machine is set to make the torturous practice of applauding a relic of days gone by.

This article was originally published in the March/April 2016 issue of Popular Science, under the title “You Need an Applause Machine.”