By The Numbers: The Rise Of The Makerspace

Over the past decade, makerspaces have exploded in popularity all over the globe—user-reported numbers show nearly 1,400 active spaces, 14 times as many as in 2006. Also called hackerspaces or innovation labs, these establishments act as communal workshops where makers can share ideas and tools. They can pop up anywhere, including in schools, libraries, and community centers. Different locations offer different resources, ranging from 3D printers to synthetic biology kits.

Roughly half of American adults call themselves makers. “There’s an increased awareness of how broad making can be and how inclusive it can be,” says Steve Davee, director of education at the nonprofit Maker Ed. “But really, makerspaces in other forms have existed for a huge amount of time: We just called them woodshops, home-ec centers, model shops, and computer labs.”

Making in the United States

There are more than 400 U.S. sites for hacking and making, but these are the states where you’re most likely to encounter them. 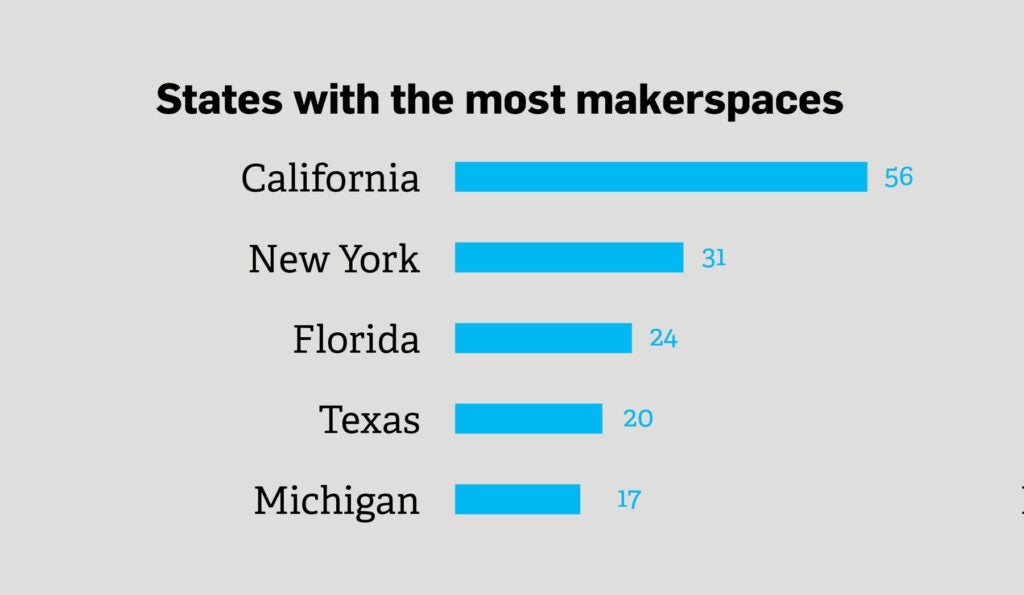 States With The Most Makerspaces

California leads the pack with 56 makerspaces, nearly twice as many as runner-up New York. 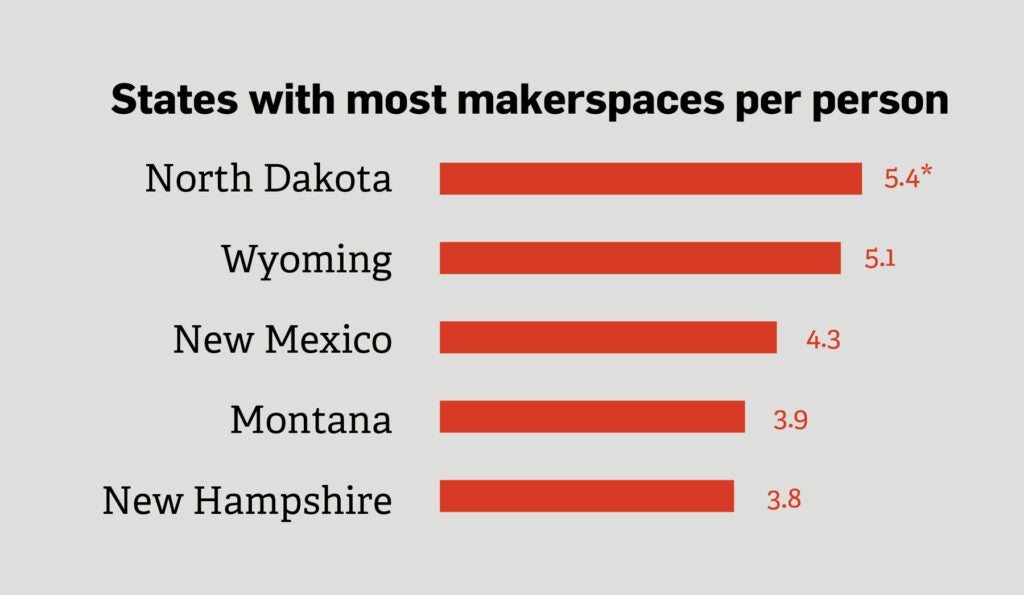 States With The Most Makerspaces Per Person

This article was originally published in the March/April 2016 issue of Popular Science, under the title “Rise of the Makerspace.”