The (Psychic?) Dreams of Psychologists

Look, I blame myself. I took a few weeks off from writing Unpopular Science posts because I was traveling and... 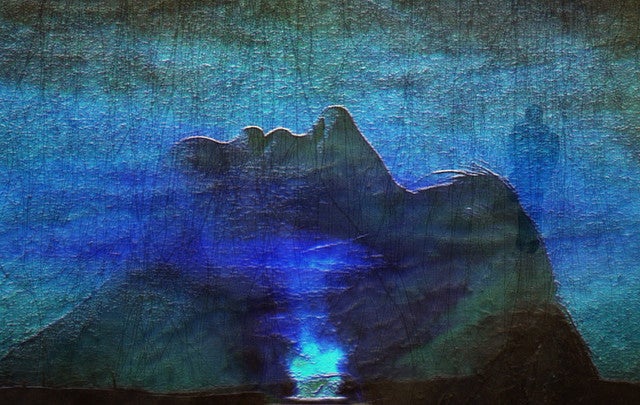 Look, I blame myself. I took a few weeks off from writing Unpopular Science posts because I was traveling and then deathly ill (I couldn’t talk, which for me is a kind of death). And what happens? Rick Dyer admits he didn’t murder Bigfoot, a Texas couple shot a chupacabra, and Jesus appeared on a pancake on Good Friday (I think he looks more like The Hound).

And now? Psychologists have discovered definitive proof that psychic powers exist. I promise to never leave for so long again.

So, can, in fact, “our dreams solve problems while we sleep?” Patrick McNamara, Ph.D. (from my alma mater of Boston University! Go Terriers!) asks an interesting question, which has absolutely nothing to do with the post that follows, nor does it have anything to do with the study the post attempts to describe. Let’s just set that aside, then.

The study in question is actually about whether or not college students can accurately dream about the problems of a person they’ve only seen a photo of. Regardless of the results, I think we can all agree that the actual answer to that is “probably not:” I know, I should turn in my Official Open-minded Skeptic Card for admitting that the premise of the study is ridiculous, but honestly that card wasn’t really worth much, anyway.

In one experiment, the researcher, Carlyle Smith, had 65 psychology students each turn in two descriptions of their dreams. He then showed them a photo of a middle aged woman and told them that they were to dream about her health problems. A lottery ticket was offered as a reward to anyone who submitted their dreams for analysis, and a reward of $20 was offered to the person with the most accurate dream, because this is how science is done today.

Only 12 students submitted their dreams. Because the woman in the photo had breast cancer, a dream was considered accurate if it included anything about breasts, cancer, torsos, limbs (the cancer was “feared” to be spreading), or a hospital. Surprising no one, the dreams the students submitted after instructed to dream about a middle aged woman’s health problems included more instances of common symbols for a body with health problems.

This inspired Smith to perform a second experiment in which all students in the class (now 66) were required to try to dream about a woman in a photo. This time, the woman in the photo literally had every possible problem: she had multiple sclerosis, was the primary caregiver of a parent with lung cancer, lost her husband in an industrial accident in which he lost a limb, was in a car accident in which her cousin died, had a son who had also been in a serious car accident, and was now with a new partner who was going through a messy divorce, causing them money problems.

The subjects were given four weeks to dream their dreams, and again, they were fairly good at dreaming things that seemed to match the highly specific categories designated by the researcher, which were “torso,” “head,” “limbs,” “breathing,” “other health problems,” “financial,” “domestic,” and “car/driving.” Here’s one “hit:”

Perhaps sensing the skepticism that would greet these studies, one full year later Smith ran the second experiment again with his new class as a control group. This time, he had an artist generate a completely fictitious person for the students to focus on. According to Smith, the control group was unable to match the success of the previous group.

Reading that absolutely shocked me. I had six dreams last night that fell into the categories listed above. Had there been a category labeled “robot wrestling,” it would have been seven. How can this be?

One hypothesis, put forth by my Skeptics’ Guide to the Universe co-host Steven Novella on this coming week’s episode, is that Smith is making it all up. Until the study is replicated, preferably dozens of times, preferably in countries other than the one where I pay taxes, we can’t ever really rule out a bit of sneaky data trickery.

I have a few hypotheses, though, all based on believing in the utter incompetence of that control group:

1.) The full research paper doesn’t include the photos of either the women or the fictitious person generated by the artist. There’s a good chance that Smith is being naive when writing, “There was nothing to indicate that anyone in the Control group perceived the photo as being anything but a real person with real problems.”

2.) The paper states clearly that the control group was Smith’s class for the following year. There’s nothing in the paper to suggest how they controlled for the fact that Smith knew the photo was a fake when giving out the assignment to the students.

3.) Considering that the control group was tested one year later, that’s an entire year during which Smith would not have been able to reveal to anyone his plan to use those students as a control. If his former students caught wind of it, even as an idle idea mentioned at the end of their experiment, they could easily and casually pass that information on to the incoming class. Ditto with any other departmental professors who took an interest in his (I’m sure) loveably eccentric trials.

My other SGU co-host, Bob Novella, also brought up an interesting point in regards to the mechanism behind this supposed psychic ability: are the students reading some bit of magic in the photo itself, or are they using the photo to identify the person and then make a magical connection with them? If it’s the latter, wouldn’t a photo of a simulated person present problems, because it may unintentionally resemble some real person, and the students will accidentally magically reach out to that real person? It’s quite the puzzler.

In any event, the take-home message here is that I’ve just spent the last hour of my life reading an incredibly stupid study that has been conducted and promoted by overly educated men who have managed to attend school for upwards of 20 years while still believing in magic. Let us not shed tears over their baffling naiveté; let us instead rejoice in their ability to reject a cold and brutal reality in favor of a fantasy world where psychology undergrads possess incredible mental powers the likes of which could revolutionize our ability to tell middle aged women that they may have breathing problems or maybe that’s her mother or her husband or it may be cancer.