Why Are Allergies A Thing?

Doctors understand the how, but they’re still figuring out the why 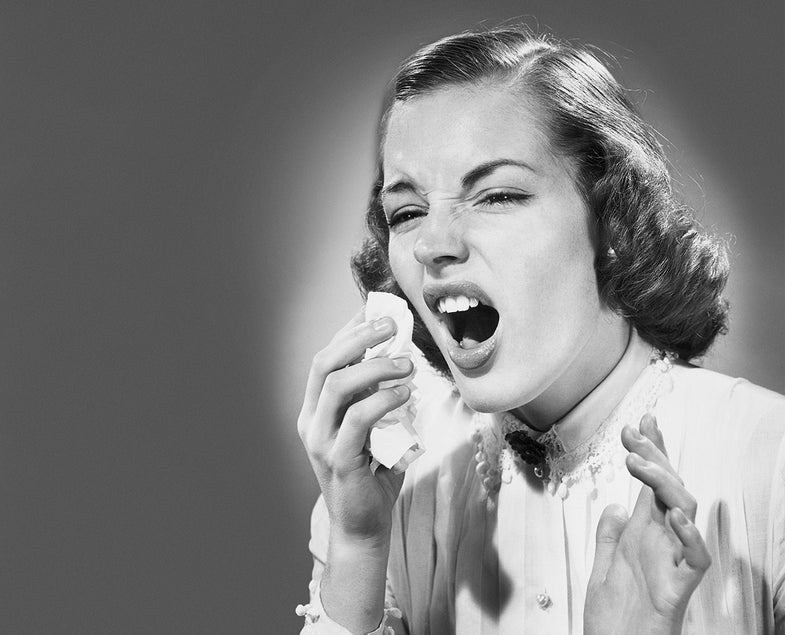 Even if you don’t have allergies, you probably know some of their telltale signs. On the mild end, there’s sneezing, red eyes, vomiting, upset stomach, itchy rashes, and hives. But reactions can be more severe, closing the throat and swelling the tongue, which can result in anaphylactic shock and even death. The triggers for these reactions are just as numerous, including insect stings, chemicals in foods like lactose or gluten, airborne particles like pollen or animal dander, or even a common material like wool or latex.

An estimated 50 million Americans suffer from allergies–but scientists don’t really understand why allergies happen at all. The prevailing theory is that the immune system evolved to fight parasites, such as tapeworms and ticks, which used to live in and around our ancestors until modern sanitation and indoor living made them much less common–especially in developed countries. Parasites can have some nasty effects, like siphoning off tissues and nutrients, or cause cancer or cysts. Now, without the bad parasites to battle, the immune system is going after more harmless enemies, which take on similar shapes as the proteins that parasites release.

But one immunobiologist at Yale University, Ruslan Medzhitov, doesn’t think that makes a lot of sense from an evolutionary perspective. He agrees that allergies are a body’s immune system reacting unnecessarily, but he hypothesizes that the huge, rapid attack is to quickly rid the body of toxic bacteria before they take hold and cause an infection. Sometimes harmless particles, like pollen, trigger that chemical alarm. But sometimes it’s warranted, like ousting bacteria that might invade the body and cause it to go into rapid decline, an infection known as sepsis. From Carl Zimmer’s recent piece in Mosaic:

Medzhitov hasn’t totally unraveled the mystery of how allergies work, but his work is getting a lot more recognition these days. And that could mean great strides in how allergies are treated.