Sure, but how good is it when it's drunk? 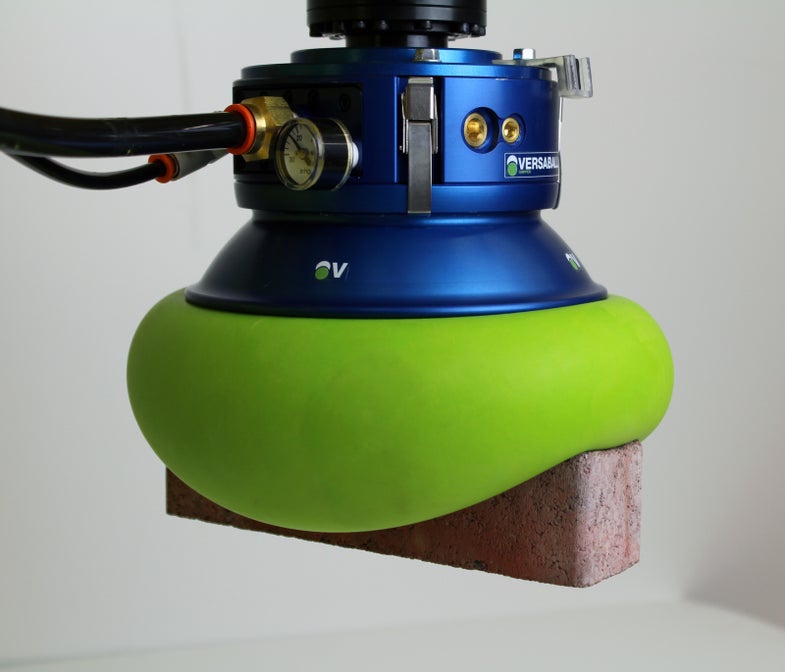 On a table arrayed with Solo cups is a taste of the future that 2015 brings us. Humanity has taught a robot to play beer pong, a game normally reserved for frat house living rooms or undergrad backyards.

Made by Empire Robotics, Versaball is a robotic arm with a soft green orb at the end of it. Air pumped into the orb loosens the grip, and air sucked out makes the green orb tighten, like a fist around a ping pong ball. Versaball doesn’t use a wash cup, and is instead fed a steady stream of new balls by a human assistant. And then: grip, launch, sink, and the poor humans at the other end of the court are, through the ancient and immutable laws of drinking games played against robots, required to consume whatever subpremium brew the cups contain.