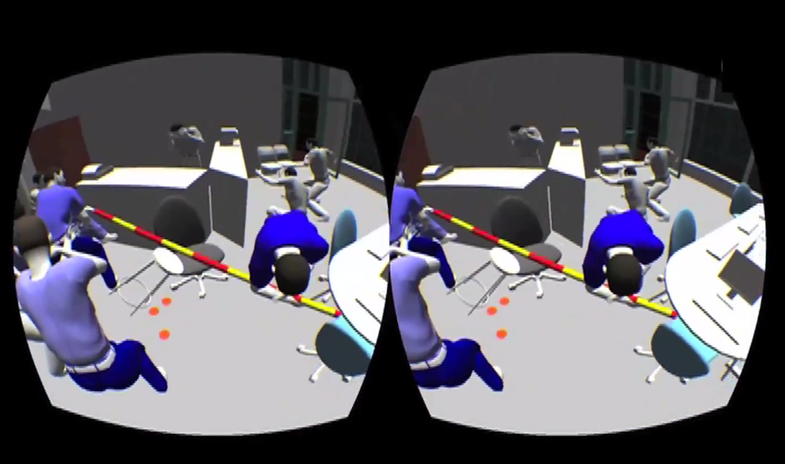 Though it’s becoming fairly common for forensic scientists to create 3D maps of a crime scene, all that information gets flattened out onto paper when it gets to the courtroom. Seeing the crime since in just two-dimensions can make it difficult for jurors to understand how people and objects (like bullets, for instance) moved through space at the scene of the crime.

New Scientist reports that forensic researchers are experimenting with virtual reality headsets. Their goal is to immerse jurors in a 3-D simulation of the crime scene, to help them make better-informed decisions as to whether a defendant is guilty or innocent. Here’s what one such reconstruction could look like:

A team from the University of Zurich has successfully used the Oculus Rift to recreate a shooting, which police officers confirmed was accurate.

The implications of bringing virtual reality into the courtroom could be vastly helpful, but as with other forms of forensic evidence, it could also be subject to bias. Speaking to New Scientist, digital reconstruction researcher Damian Schofield warned: “Think of a murder scene: whether you view it from the point of view of the murderer, the victim or a third person will totally change your perception of what’s happening.”