Russian Robot Warrior Drives In A Circle In Front Of Putin

Cylons these are not 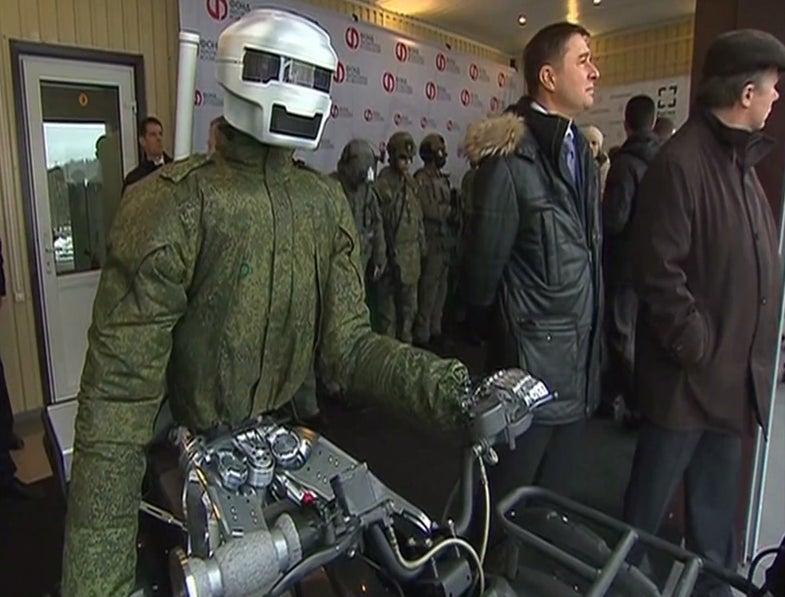 Killer robots are a reliable staple of science fiction, a culmination of humanity’s technological prowess turned against civilization as a cruel, cosmic joke. While this is a good premise for a movie, developments in military robotics are often seen as heralding a once-fictional robocalypse. However, a video released today, from Russian state-owned news channel RT, is a reassuring sign that deadly robots are still at best a thing of the future.

Titled “Military cyborg biker presented to Putin,” the video shows a robotic skeleton wearing what appears to be a knock-off Daft Punk helmet driving a four-wheeler slowly around a small track as Russian president Vladimir Putin looks on. Putin eventually nods with approval, but his disappointment is visible in every other part of his expression. Whatever horrors military robots may bring to future wars, they won’t come from this cyborg biker. It isn’t even riding a hover cycle.