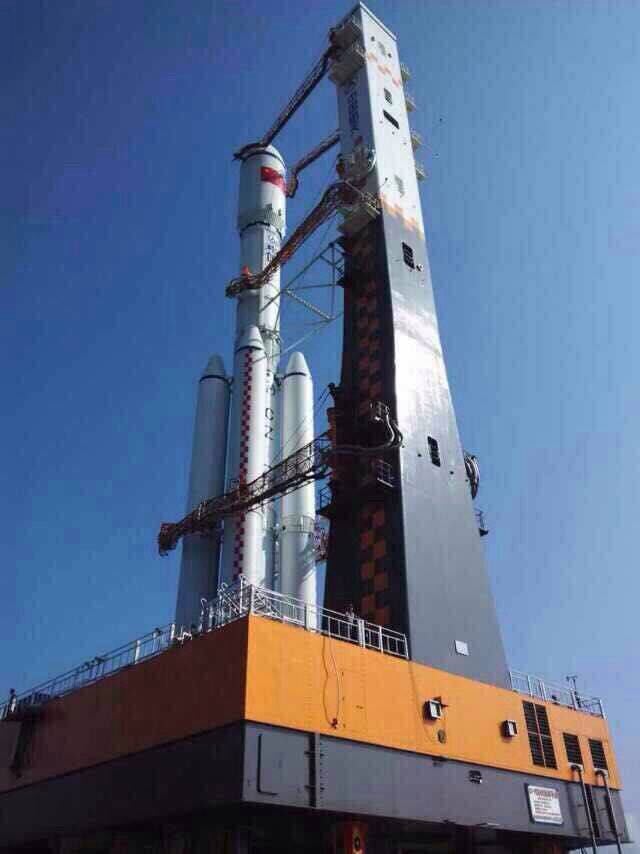 On the tropical island Hainan, Wenchang Satellite Launch Center got its very first heavy rocket. The Long March 7 (LM-7), built by the China Aerospace Science and Technology Corporation (CASTC), will likely not launch until 2016, but Chinese engineers have assembled it on the launch pad’s mobile service structure in order to test its systems for preflight and integration quality assurance. 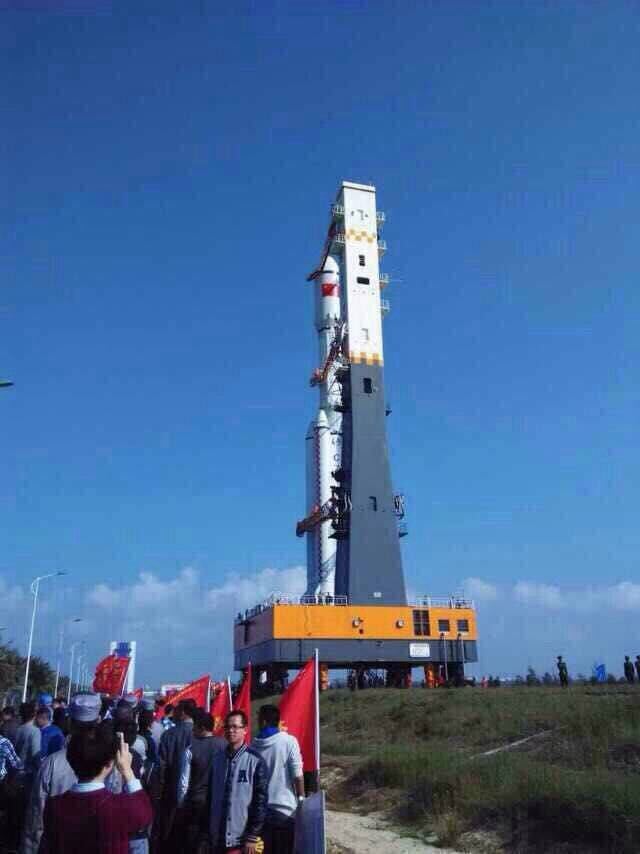 The LM-7 is a mid-heavy weight, 600 ton launch rocket, similar to the SpaceX Falcon 9 rocket. It is likely to replace the man-rated Long March 2 rocket, which is currently used to launch China’s manned Shenzhou space missions. However, the LM-7 is estimated to carry 13.5 tons (depending on booster rocket configuration) of cargo in low earth orbit, which is a 50% increase over the LM-2. Its 3.35 meter core diameter would allow it to carry most commercial payloads, as well as larger scientific payloads into sun synchronous orbits to observe space weather activity like solar flares. 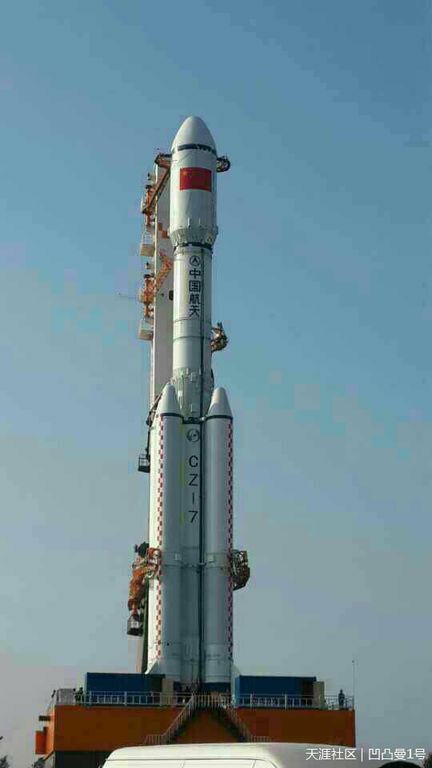 The LM-7 rocket can be attached with four solid fuel rocket boosters, in order to carry its maximum 13.5 ton payload into low earth orbit.

The LM-7, along with the lighter Long March 6 and heavier Long March 5, will act as China’s next generation of space launch vehicles. Chinese advances in space launch technology will see not only an increased military presence in orbit, but also scientific cooperation and even lunar exploration.