Trump came out against vaccines during last night's GOP debate 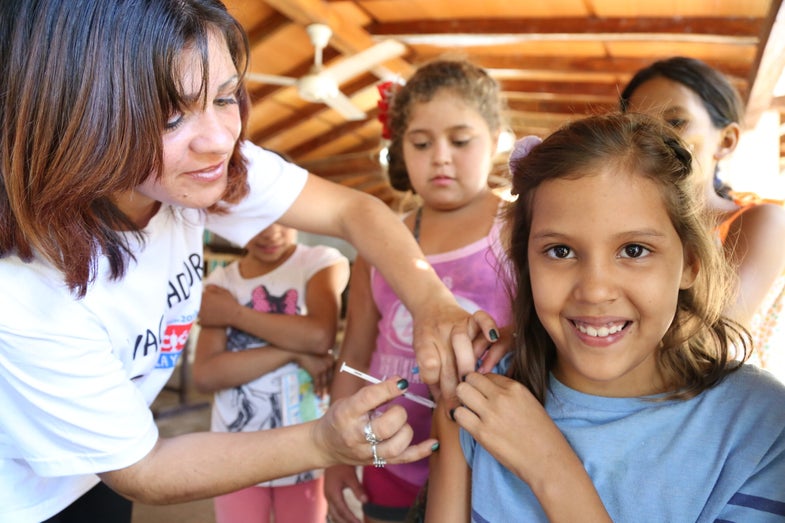 During last night’s GOPDebate, frontrunner Donald Trump was asked about his opinion regarding vaccines causing autism. Despite the fact that it’s proven vaccines work and don’t cause autism, Trump said the following:

Twitter users around the globe are none too pleased with Mr. Trump for spreading this fallacy and let the world know by tagging tweets with #VaccinesWork and sharing the science behind them.

Trump has yet to respond to the grassroots online campaign.

We here at Popular Science have said it before and will say it again: vaccines do not cause autism, and are often the best method for stopping the spread of preventable deadly and debilitating diseases.