A Fossil Shows Dinosaurs Permanently Locked In A Fight

And it can be yours for $9 million 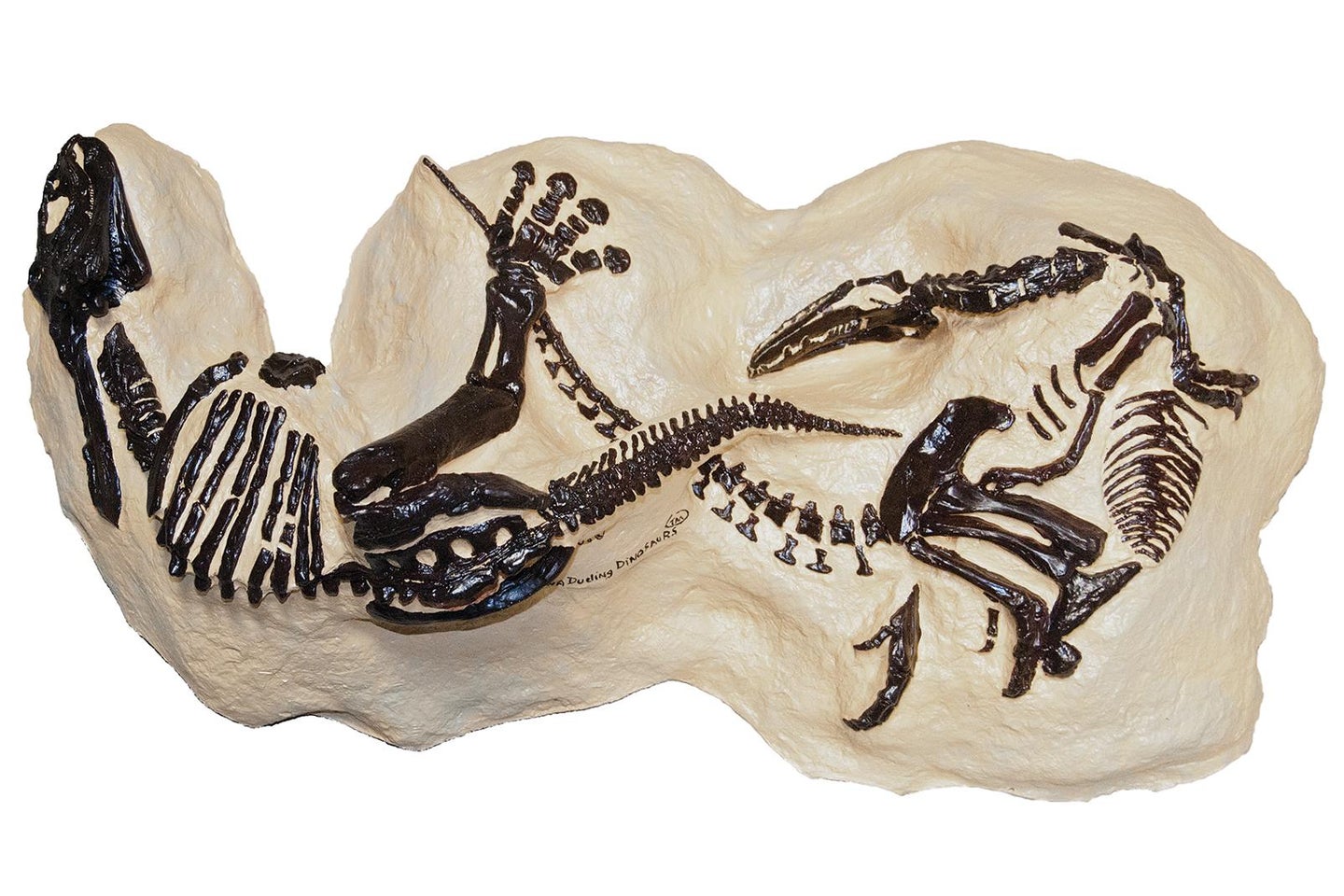 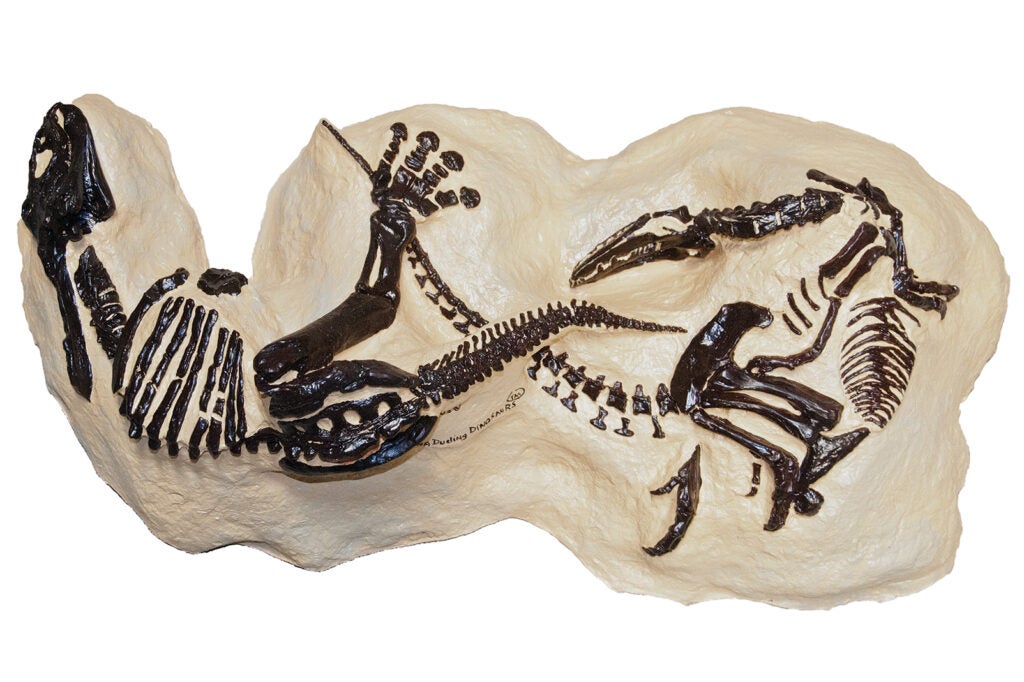 This month, two fossilized dinosaurs, locked in eternal battle, will be auctioned off at Bonhams in New York City. Experts expect them to fetch one of the highest ever prices for a fossil, up to $9 million. The pair’s prehistoric fight was intense. The carnivore, called a Nanotyrannus, sports a cracked skull, and 26 of its teeth are lodged in the body of an herbivorous Triceratops-like dino. But the fossil’s significance goes beyond the action; the find, predicted to be more than 90 percent complete, could yield definitive evidence about whether the Nanotyrannus is actually a new type of dinosaur or just a young T. rex—evidence that other fragmented fossils can’t provide. Discovered in 2006 on private land in the Hell Creek Formation in Montana, the cretaceous-era duo is priced too high for any museum to purchase outright, which is why it’s headed to the block.