This bit of tail is the first hard evidence of a T. rex hunt in action 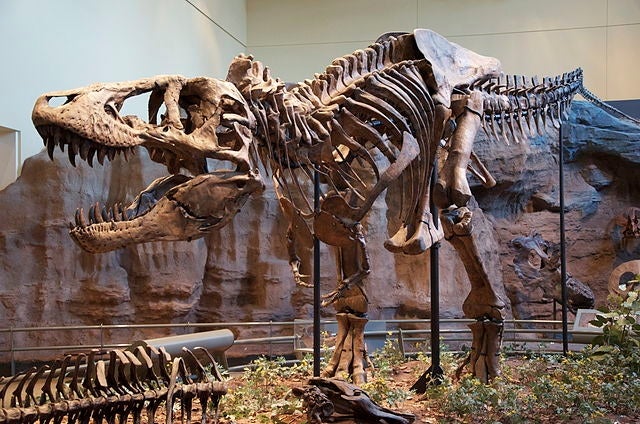 Perhaps the young Tyrannosaurus rex hadn’t yet grown enough—either in size or in wile—to bring down the duck-billed dinosaur?

A team of U.S. paleontologists have discovered a fossil of a piece of a hadrosaur tail that includes two vertebrae that have healed around a tooth crown. The story they’ve pieced together is kind of exciting: They think an immature T. rex came for Mr. Hadro and bit his tail, but then lost out on the prey. The hadrosaur lived long enough after the encounter at least for its tail to heal. 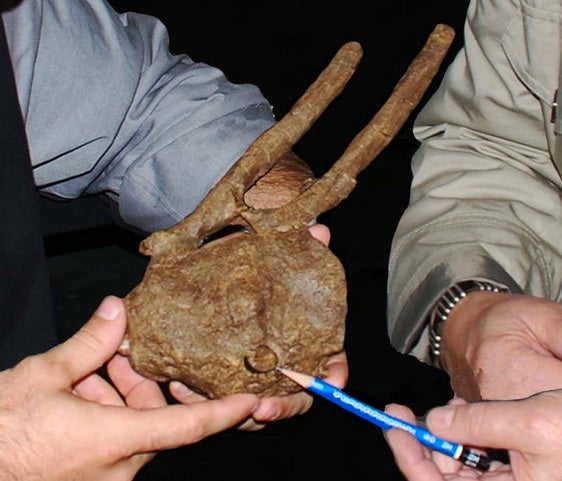 The tail and its embedded tooth mean something pretty exciting for paleontology, too. It’s the first hard evidence that T. rex_es actively hunted prey, the paleontologists wrote in a paper they published today in the Proceedings of the National Academy of Sciences. Previously, paleontologists had only suggestive evidence, such as the apparent strength of _T. rex jaws.

This team believes that like many modern predators, _T. rex_es scavenged some of the time, but also hunted. That doesn’t seem to be an uncommon view.

The hadrosaur fossil has a few things going for it as a snapshot of T. rex hunting. The healing around the embedded tooth shows that the T. rex chomped down on the hadrosaur while the latter was still alive, instead of scavenging its corpse after it died. Previously, scientists had discovered fossils with T. rex bite marks or even lodged-in T. rex teeth, but without evidence of healing, there was no way to know whether the bites came before or after the prey died.

It also helps that the fossil includes the T. rex‘s actual tooth crown, instead of just a tooth mark, which would be much more difficult to identify. The tooth is indistinguishable from other teeth paleontologists have found belonging to young _T. rex_es that aren’t quite adults yet, the PNAS researchers wrote.