Toyota Mirai Has Longest Range Of Any Zero-Emissions Vehicle 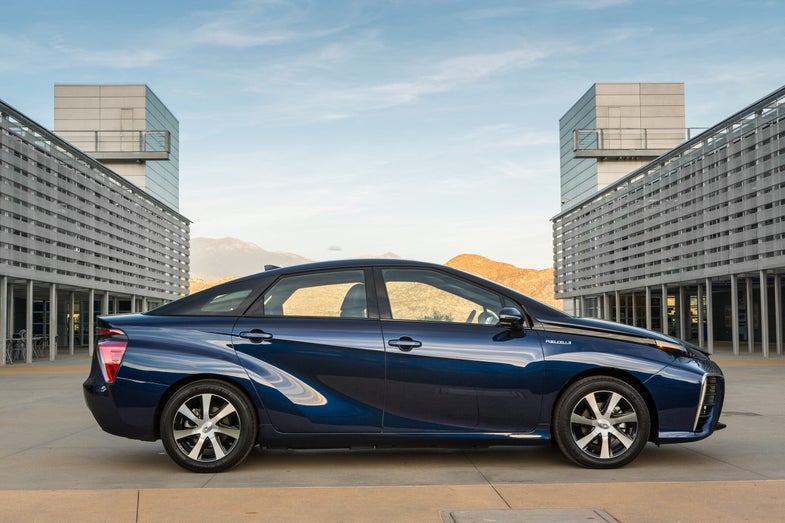 The Toyota Mirai takes a big, 312-mile step toward easing consumers’ range anxiety when it comes to electric vehicles. The Mirai, a four-door sedan powered by hydrogen fuel cells, is the only zero-emissions vehicle to have a more than 300-mile range. It also turns in an estimated 67 MPGe combined, according to the EPA.

California will again be the test bed for this technology, as it is with so many cleaner fuels. Early adopters who lease a Mirai this fall will get several incentives to make owning a Mirai easier, including free hydrogen fuel for three years, an app to help you locate hydrogen stations, and 24/7 customer support via phone. Because drivers might want to venture beyond the metro areas where hydrogen fuel is easily found, Toyota will foot the bill for a week’s worth of rentals every year for three years.

For the sake of comparison, the Honda FCV Concept that was shown at the North American International Auto Show in January is also expected to top 300 miles in range when it becomes available next year, and Honda is guessing that it will achieve 70 MPGe, similar to the Mirai. The outgoing 2014 Honda FCX Clarity went 231 miles on a tank, and the 2016 Hyundai Tucson will get you 265 miles away from home with one fill-up. Edging over that 300-mile mark brings hydrogen within shouting distance of the range many gasoline-powered cars have.