Everything you know about toxic shock syndrome is probably wrong

First off, it’s not just a tampon thing. 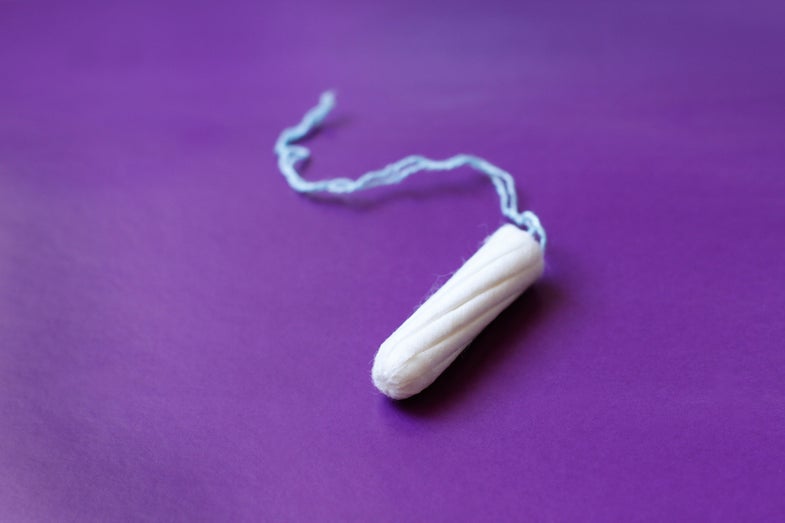 For a while there in the ‘90s it felt like every teen-girl magazine was required to publish at least one (terrifying) it-happened-to-me toxic shock syndrome story per year. “I left a tampon in for eight hours and almost died.” “My friend looked at a tampon once and died from TSS.” Maybe these tales were leftovers from the TSS epidemic in the late 1970s, or maybe editors tracked down new cases from actual teens. I can only assume that the intent was to make young girls aware of the dangers of toxic shock syndrome. Mission accomplished.

Now, TSS is back in the news because a model—who lost her leg to the disease in 2012—is on an awareness campaign to teach young girls about the dangers of tampons. Her story is horrifying, and is only more depressing now that she may have to have a second leg amputated. It seems all the scarier when you realize that she hadn’t even left the offending tampon in for very long (in fact, based on her telling of it, she felt ill before she put one in).

Every woman I know heard these tales as a kid and had one takeaway: we were all definitely going to get TSS if we left a tampon in for even a minute longer than the prescribed eight hours. In 9th grade I accidentally left one in for 12 hours and genuinely thought I’d narrowly escaped death. But it turns out almost everything that I and other girls my age believed about TSS is flat-out wrong. Let’s clear up a few misconceptions, starting with the basics.

Could you remind ahem, my friend what TSS actually is?

Don’t be embarrassed. I would venture a guess that most folks don’t really know what TSS is, besides “a horrifying disease that you get from tampons.”

Toxic shock syndrome isn’t really a disease in and of itself. It’s a complication of a bacterial infection. There are two kinds of bacteria, staphylococcus aureus and group A streptococcus, that can produce a toxin called TSST-1 (toxic shock syndrome toxin 1). TSST-1 is a superantigen, which means it prompts the immune system to massively overreact to an infection. The resulting storm of immune cells causes the body to go into shock as inflammation spreads and a fever rises, and if left unchecked will eventually cause multi-organ failure. And the toxin can enter the bloodstream even if the bacteria are isolated to one area, so an infection in a single part of the body can end up killing you. Other toxins can also cause TSS, but TSST-1 is the most common one for tampon-related cases.

In 2016, the CDC reported a grand total of 323 cases. That’s not insignificant, but is pretty tiny when you consider that there are roughly 63 million women between the ages of 15 and 44 in the United States. That’s a rate of 0.0005 percent. Even fewer people died of it that year—just 26 men and women. This isn’t to minimize those losses, because for the victims and their families, TSS was devastating. But on the spectrum of possible causes of death to worry about, toxic shock syndrome is exceedingly unlikely.

And for all you youths out there who are terrified to leave a tampon in for more than a few hours, rest assured that millions of adults regularly fail to remove tampons in a timely fashion. It’s generally not a problem, and TSS doesn’t often have much to do with tampons anyhow.

A third of all TSS cases happen in men

That’s right—men. Do you know who is arguably the most famous person to die from TSS? Jim Henson, the creator of The Muppets.

Toxic shock syndrome isn’t unique to tampon use, it’s just more common in the tampon-using population. Less than half of all cases involve a tampon, however. The rest of the women have an infected wound of some kind, like a surgical incision from a c-section.

Tampons make you more likely to develop TSS, but only because they’re one of the few (or only?) foreign objects that we shove inside ourselves and let sit for many hours. Menstrual cups and contraceptives like diaphragms or sponges have the same problem and can also cause TSS, they’re just less likely than tampons to harbor bacteria. Vaginas are already full of organisms, most of which are either harmless or actually helpful. But when you introduce a tampon you inadvertently give some of those organisms another place to grow. It’s already warm and moist, which bacteria love, and now they’ve got a new area to colonize. Our immune systems mostly fight these burgeoning colonizations off just like they fight off the many thousands of other almost-infections that happen all over our bodies. We’re absolutely covered in bacteria, inside and out, and our white blood cells have gotten pretty good at killing the ones that pose a threat.

But sometimes you get a perfect storm of conditions, and staph or strep bacteria build up momentum inside a tampon. This is more likely if you’ve left the tampon in for a long time, but it can also happen when you have a localized infection in a wound—or really in any part of the body—which is why it can happen to anyone.

Then why do we associate TSS with tampons?

Back in the late ‘70s, there was an epidemic of toxic shock syndrome cases, three-quarters of which were tampon-related. There were two main culprits in this. One was that tampons generally became more absorbent, which meant that women could leave them in for longer, plus they could harbor more moisture and therefore were better hosts for bacteria. And if the tampon is too drying, you can get scratches to the vaginal wall that allows bacteria and toxins to spread more easily.

The second culprit was one particular brand of tampon called Rely, which seems almost like someone designed it to cause TSS. On top of marketing the product as being able to absorb an entire period’s worth of blood in one go (yes, you were supposed to leave it in for days), it also contained a chemical called carboxymethylcellulose. CMC allowed the cup-shaped tampon to absorb around 20-times its own weight, and shows up in harmless products like ice cream and biscuits. It’s also pretty much the perfect breeding ground for bacteria.

CMC is now banned, along with polyester, for use in tampons, and the FDA requires manufacturers to include warning labels indicating the risk of TSS with tampon use. Once the CDC identified the cause of the epidemic, TSS cases dropped off almost as suddenly as they had spiked, and we’ve been roughly at the same levels ever since. Superabsorbent tampons also dropped out of the market, though you can still find some really big ones if you look. It was really only a few years where TSS was a huge problem, but the damage was done—now it’s considered a tampon thing.

That’s okay, I use organic all-cotton tampons, so I’m fine

Are you, though? There’s mixed evidence on all-cotton, organic tampons. On the one hand, perfumed tampons and high-absorbency tampons are definitely not the way to go, because they can irritate you and leave you more vulnerable to infection. On the other hand, a 1995 study found that cotton-rayon blend tampons weren’t any more dangerous in terms of TSST-1 than pure cotton tampons. A study the previous year had found that all-cotton ones didn’t seem to produce TSST-1, but no one seems to have replicated either result.

Organic tampons might well be a better choice, and they’re certainly better for the environment, but that doesn’t mean you can go leaving them in for days at a time. Use the same precautions you would for any other tampon.

Is there anything I can do to reduce my risk?

Yes—don’t leave your tampon in for long periods of time. It’s best practice to change it every 4-8 hours, and to not use a higher absorbency than you need for your flow (but again: you’re not likely to drop dead from leaving one in for 12 hours sometimes). A dry tampon hurts to take out, anyway.

TSS tends to come on suddenly, especially with a high fever, so if you do get ill rapidly after using a tampon, head to a doctor. Modern antibiotics save the vast majority of TSS patients, but it’s much better to catch it early. Don’t wait.

But don’t spend your time terrified of toxic shock syndrome, either. You have better things to devote your paranoia to.