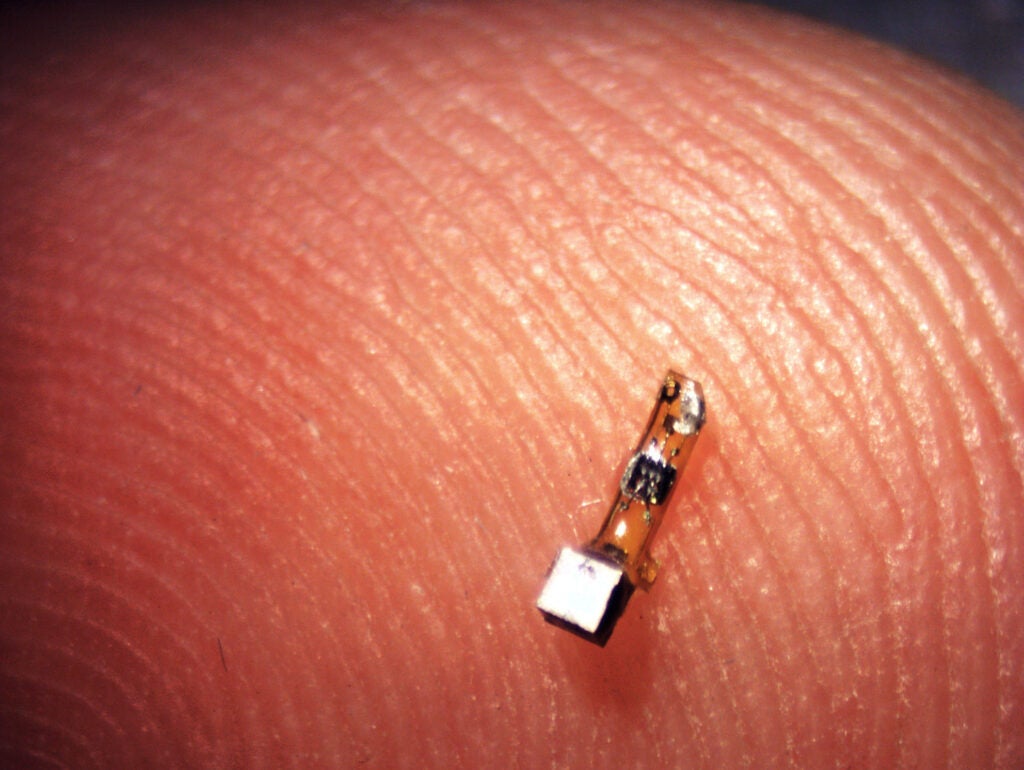 On the tips of our fingers

“Neural dust” wireless, implantable sensors are currently only 3 millimeters in length. This new healthcare tech could be even more groundbreaking, as scientists are working to shrink the sensors to microns wide, about the width of a human hair.

Science fiction that features wires connecting brains to computers might now be obsolete. Wireless powered implants, each smaller than a grain of rice, could serve as “neural dust” that can one day scan and stimulate brain cells. Such research could one day help lead to next-generation brain-machine interfaces for controlling prosthetics, exoskeletons and robots, as well as “electroceuticals” to treat disorders of the brain and body.

The new prototypes, made by scientists at the University of California at Berkeley, are each roughly 3 millimeters long, 1 millimeter high and 4/5 of a millimeter thick. Each neural dust mote possesses a piezoelectric crystal that can convert mechanical power from ultrasonic pulses broadcast from outside the body into electrical power. The energy from these 60 ultrasonic pulses broadcast each second drives sensors and other electronics on the motes.

The piezoelectric crystals reflect some of the incoming ultrasonic pulses. Electronics in the neural dust motes can alter the pulses that get scattered outward, and so can wirelessly transmit data they gathered. In experiments with rats, the researchers found that neural dust motes implanted in nerve and muscle fibers in the leg could record and transmit electrical data.

“I was really skeptical of this concept at first, since it was so out of the box,” says Doug Weber, a bioengineer and neuroscientist at DARPA, who helped fund the neural dust research. “But it’s a really elegant approach, and it works pretty well.”

The researchers wanted to create wireless implants to avoid irritating the body. Conventional electronic implants that connect to nerves rely heavily on wires that can inflame tissues over time.

“The approach they’re taking is ingenious,” says neuroengineer Jacob Robinson at Rice University, who did not take part in this research. “They’ve addressed one of the most important challenges out there when it comes to neural interfaces.” 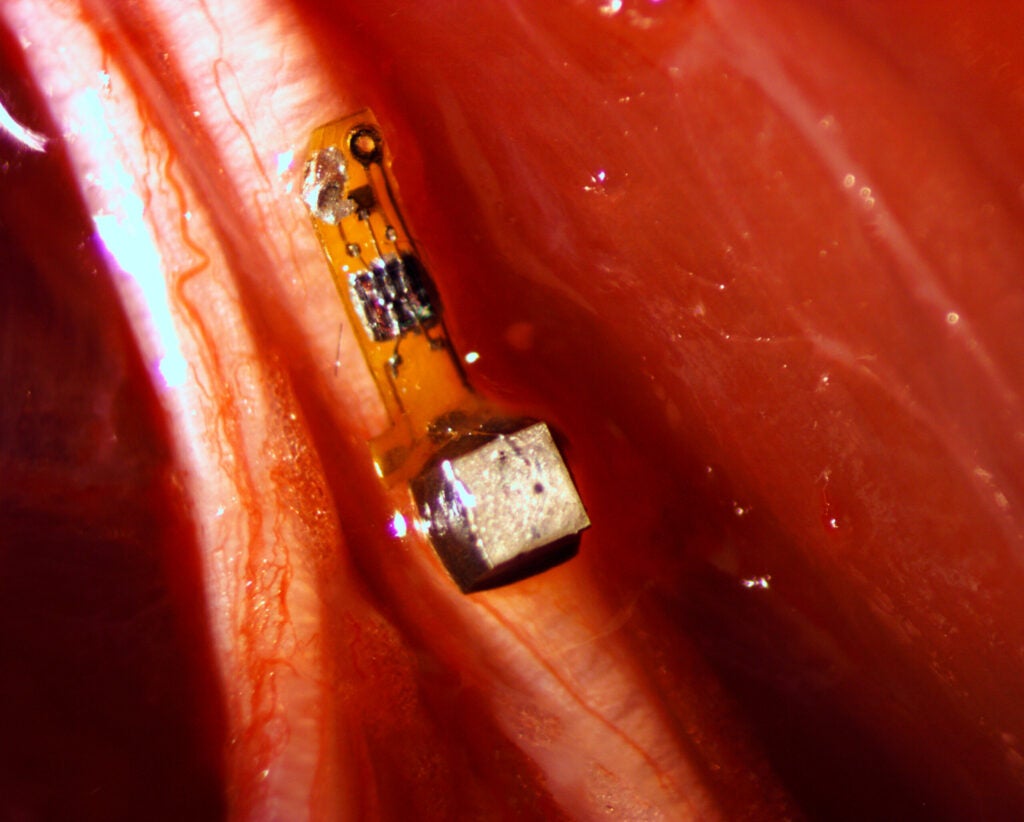 The scientists had previously explored using radio waves to power and communicate with neural dust motes. However, radio waves are not good at reaching deep within the body, while decades of ultrasonic imaging has revealed that ultrasonic pulses are very good at penetrating soft tissues, says researcher Michel Maharbiz, an electrical engineer at the University of California at Berkeley.

“This is a breakthrough technology that really changes what’s possible in terms of sensing and stimulating nerve activity, especially nerves deep inside the body,” Weber says.

Ultimately, the researchers want to shrink neural dust motes down to just 50 microns wide, or roughly half the average width of a human hair. At that size, “the body should tolerate them much longer,” Maharbiz says.

The scientists are currently developing motes that can also electrically stimulate the body. If they are successful, this means that neural motes can not only monitor health, but actively serve as electroceutical therapies to treat brain disorders such as epilepsy.

In the long run, the scientists want neural dust motes in the brain and spinal cord. One challenge that neural dust targeting the central nervous system faces is how ultrasound does not pass well through bone, Weber says. “That raises challenges if you want to create a brain-machine interface, but I’m not saying it’s impossible by any means,” Weber adds.

The researchers are now working on miniaturizing the motes further, discover more biocompatible materials to package them in so they can last in the body longer, and incorporate other sensors into them. Eventually motes could find use anywhere in the body, not just the nervous system, Maharbiz says.

“In the long term, we want to be able to send energy to and communicate with implants all over the body, to record data from a variety of organs in many different ways, maybe even report on the conditions of tumors or cancer therapies,” Maharbiz says.

The scientists detailed their findings online August 3 in the journal Neuron.