A lava faucet in Hawaii, a bat-like robot, and other amazing images of the week 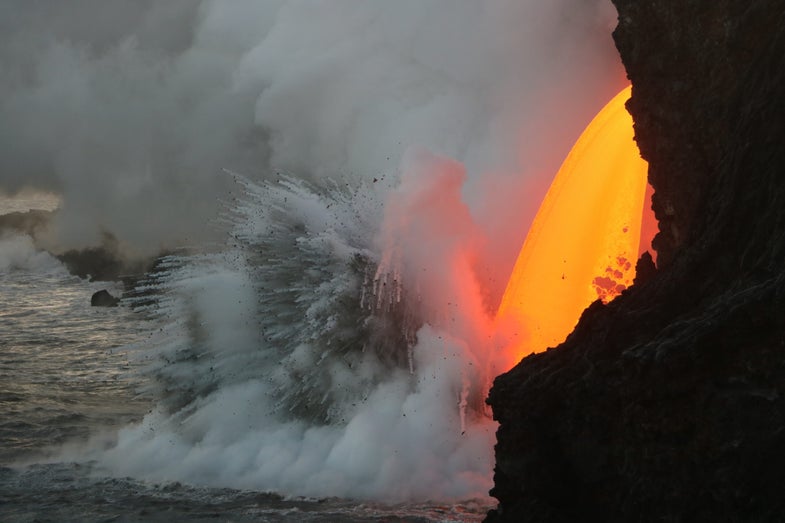 The United States Geological Society captured gorgeous images of the 'lava faucet' currently spewing out of Hawaii's Kilauea volcano. It's been erupting since 1983, but on New Year's day, the lava caused a rock structure to collapse, exposing the flowing lava. Researchers are now concerned that the surrounding cliff might collapse as well, making the area even more dangerous than it already is. USGS
SHARE 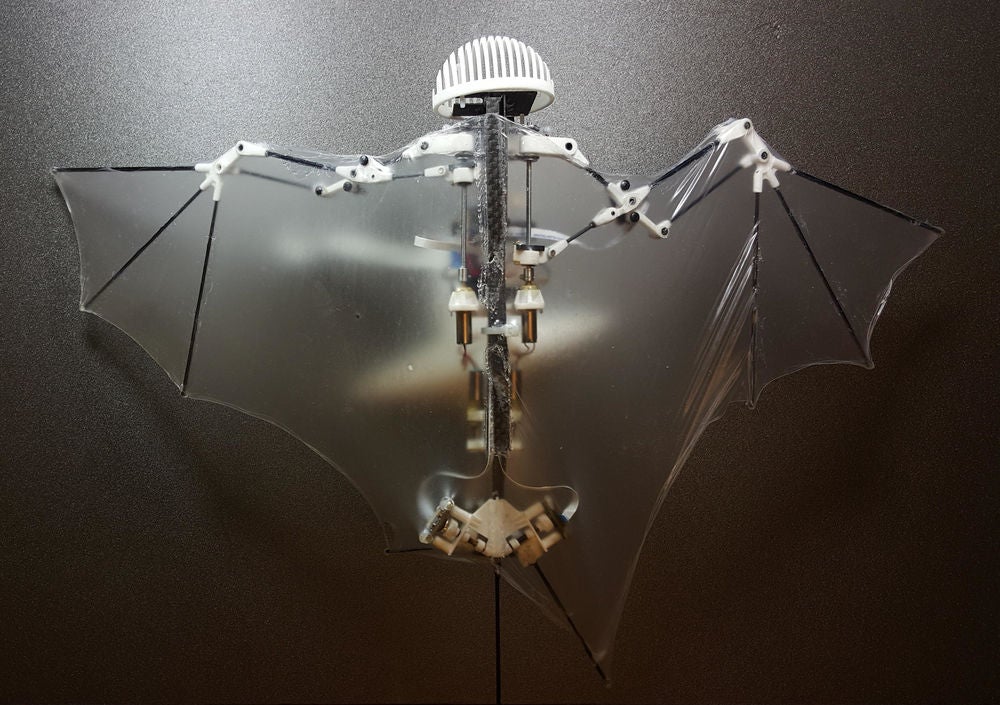 Bats are excellent fliers: Their tiny, yet dexterous bodies allow them to swerve and swoop around the tightest spaces. That’s why scientists are using the same design to create a robot that can easily navigate dangerous, hard-to-reach areas like collapsed buildings. But before it takes to the sky, it needs to work on its landings. 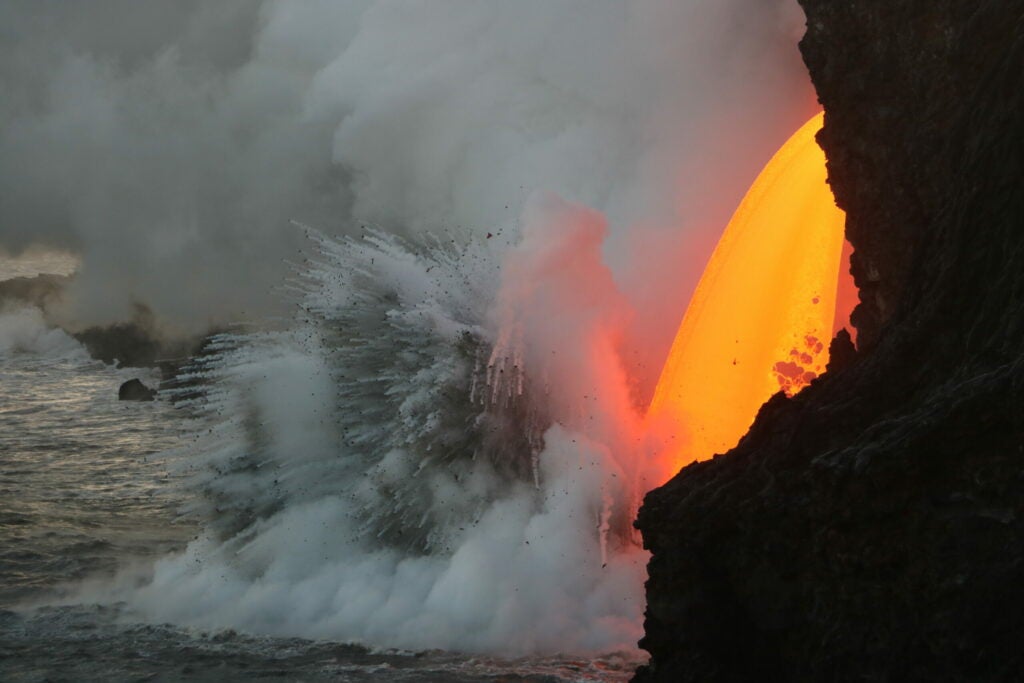 Caution, This Liquid Is Hot

The United States Geological Society captured gorgeous images of the ‘lava faucet’ currently spewing out of Hawaii’s Kilauea volcano. It’s been erupting since 1983, but on New Year’s day, the lava caused a rock structure to collapse, exposing the flowing lava. Researchers are now concerned that the surrounding cliff might collapse as well, making the area even more dangerous than it already is. 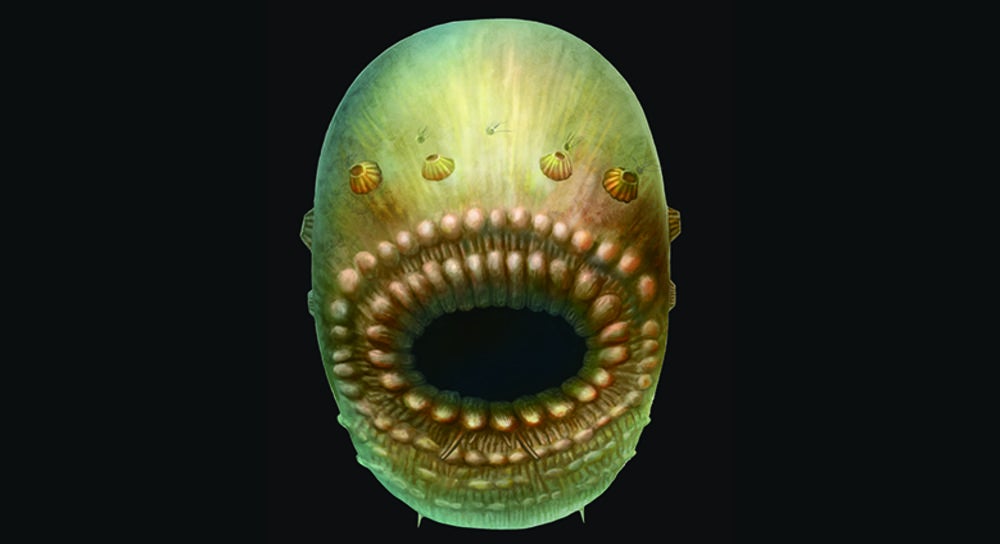 All In The Family

See this good-looking guy here? He might be our earliest ancestor. Scientists say the recently-found fossil, named Saccorhytus, seems to be the oldest deuterostome identified to date. Deuterostomes, which include humans as well as starfish and other echinoderms, all develop in a similar way: The first hole that breaks through the embryonic sack of cells eventually becomes the organism’s anus. 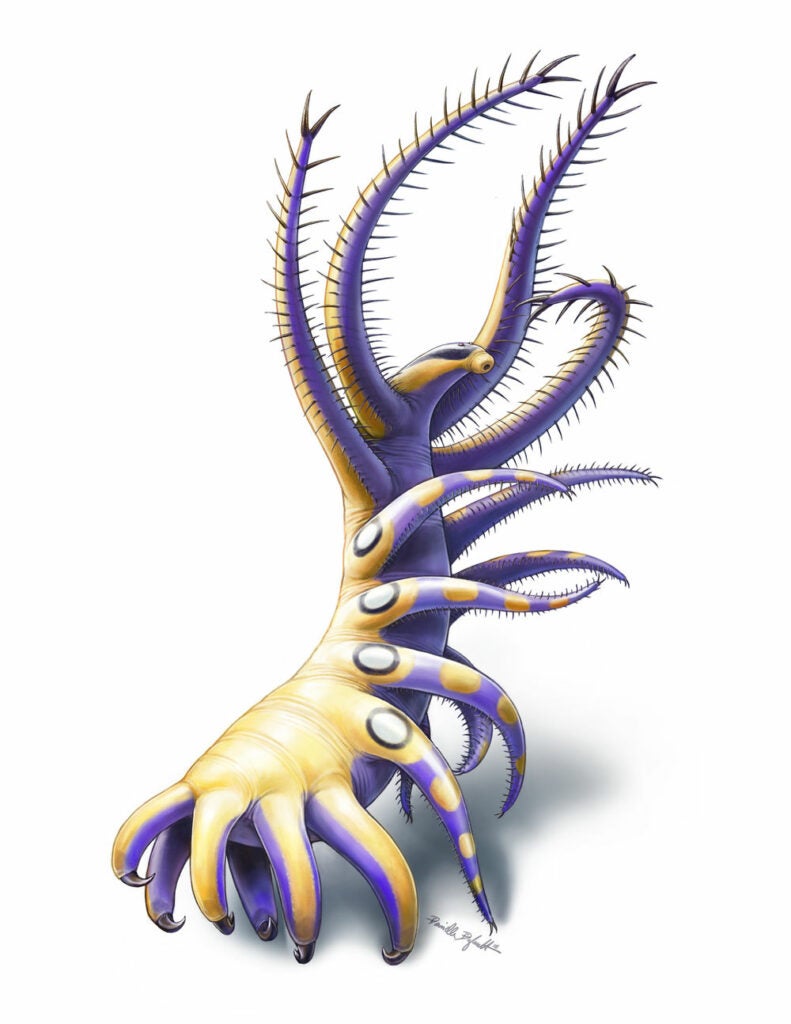 This illustration shows off a shrimp-like worm—a fossil researchers presented this week—that is likely 500 million years old. Its weird-looking legs helped it lurk on the ocean floor way before shrimps existed.

Sea anemones and boxer crabs share a unique relationship. Boxer crabs hold two—and only two—sea anemones close to their chest, and not many forces can pull them away, researchers report in a paper out this week. Their relationship is symbiotic: The sea anemones protect the crab and the crab is the sea anemones’ most reliable method of transportation.

images of the week
IOTW
Science