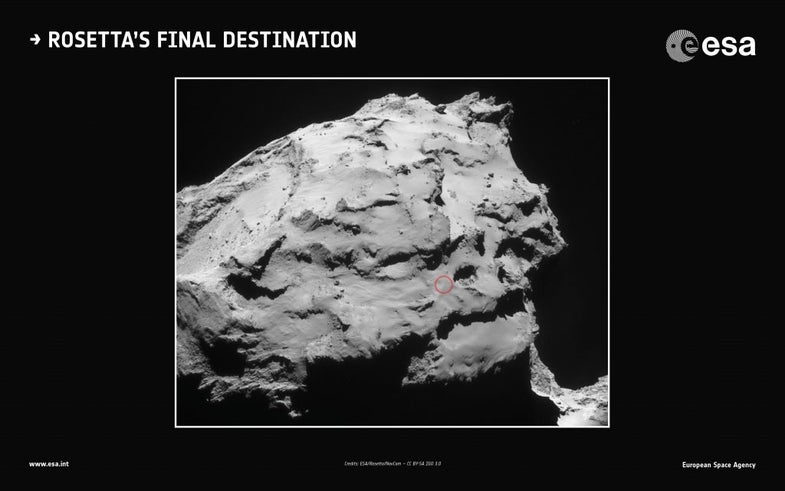 All good things must come to an end.

The European Space Agency’s (ESA’s) Rosetta spacecraft is nearing the end of its life. Launched in 2004, the spacecraft was sent to study comet Comet 67P/Churyumov-Gerasimenko. It finally got to its destination in 2014 exploring the rubber duck-shaped comet, along with its trusted companion and unlucky lander Philae, which had a rough landing on the comet’s surface.

It’s been a long trip, that has given scientists a great deal of information but the ride is set to come to an end on September 30th, at approximately 6:30 Eastern time (10:30 UTC), when Rosetta will crash into the comet it has been pursuing for so long. The ESA announced today that Rosetta’s final resting place would be the Ma’at region, an area of activity on the comet’s shrinking surface.

Researchers hope to gather more data about the region from Rosetta as it goes down.