Why The Rosetta Spacecraft Had To Die 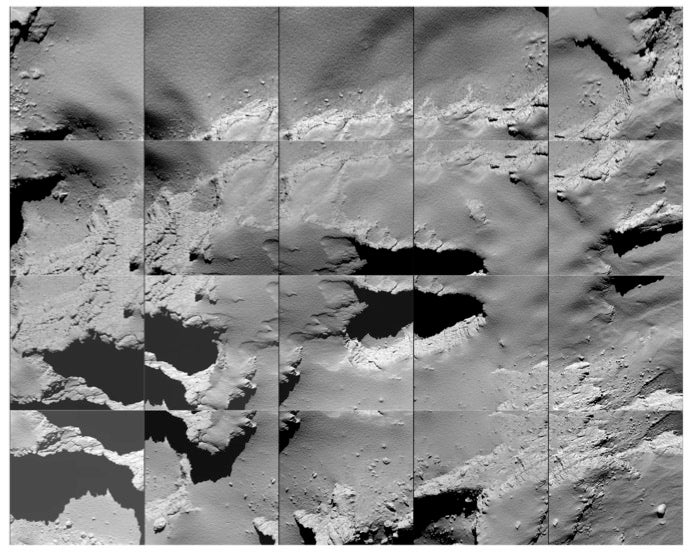 Rest in peace, Rosetta. The comet-chasing European spacecraft descended to its death this morning in a controlled crash, after a two-year mission to explore a duck-shaped comet as it approached the sun.

Despite the Philae lander‘s botched landing in 2014, the Rosetta mission’s orbiter went on to accomplish great things, and this morning it gave the mission the soft landing originally intended for Philae. The orbiter touched down at a nice and easy pace of about two miles per hour.

European Space Agency scientists knew they would have to pull the plug sometime. Rosetta’s job was to monitor changes in Comet 67P/Churyumov-Gerasimenko as its orbit brought it closer to the sun, heating it up and causing gas and dust to poof off. Now the comet’s path has brought it away from the sun and it’s getting colder and darker. Rosetta’s solar panels were no longer getting sufficient sunlight to keep the spacecraft warm and powered-up enough to function. Communications were also becoming more difficult.

Battered from comet dust and radiation, and running low on the fuel that would keep it in orbit, Rosetta’s death dive provided a treasure trove of new data about the comet. The slow-motion plummet allowed Rosetta to sample gas and dust closer to the surface than ever before, and onboard cameras snapped pictures of the “goose bumps” lining the pits in the region of Rosetta’s final resting place. These 3-foot-wide lumps are believed to be the remains of the gunk that clumped together to form the comet back in the early days of the solar system.

Rosetta crash-landed in a 430-foot-wide pit known as Deir el-Medina. It sent back its last photograph from a distance of about 167 feet.

Rosetta’s signal was lost on impact.

To date, scientists have only sorted through about five percent of all the data from the ROSINA instrument, which measured the composition of the comet’s surroundings. So although the mission is over, we’ll still be learning about Rosetta’s findings for months to come.