Slow-printed adobe, without the flash 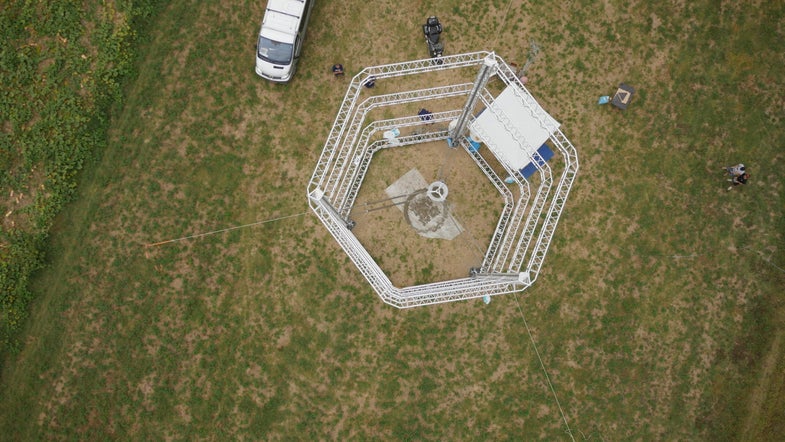 Clay homes are as old as dirt. Well, as old as humans have been building homes. Older, if you count those made by insects. That doesn’t mean an ancient technique can’t get a thoroughly modern makeover. The World’s Advanced Saving Project, or WASP, after the arthropod mud nest-builders, has a giant machine that can 3D print a home out of cheap, durable mud.

Here’s what the machine, which stands over 40 feet tall, looks like from the air:

Demonstrated last weekend as part of a three-day “Reality of Dream” rally, the printer, named Big Delta, is intended to inspire the creation of low-cost housing, made to meet the needs of the world’s impoverished. Besides clay, the printer uses straw, dirt, mud, and water found on-site, creating an effect not unlike adobe. Earth isn’t the only place where people want to 3D print housing from local materials: there are architects who want to do the same on the Moon.

It’s impressive, but the real test of mechanical building is if it’s faster at building houses than this bricklaying robot.

Watch a video about Big Delta below: