Also, Raytheon 3D printed most of a missile 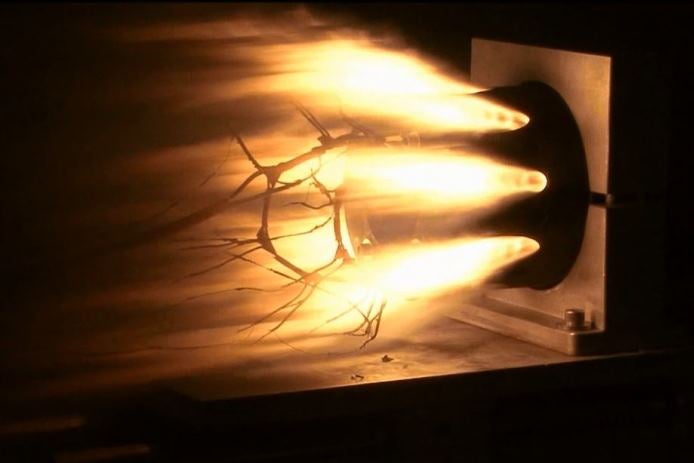 Before the first warship ever set sail, its crew was faced with a serious constraint: limited space. Through centuries, navies have improved on that front, with dense foods, hammocks or bunkbeds layered tight, and with careful planning of what precisely is needed, plus a fleet of logistical resupply ships to fetch spare parts as needed. On that last front, the future offers a bold possibility: 3D printing what’s needed, storing only the raw material for the printer instead of a highly specialized selection of one-use parts.

What might a navy of tomorrow want to print? Drones, for example. In 2011, the University of Southampton successfully 3D printed a drone, the lightweight SULSA. Recently they then launched that drone from the deck of the HMS Mersey, a small patrol ship, and it successfully flew the approximately 1500 feet to shore.

Watch the flight from the drone’s perspective below:

While the SULSA wasn’t printed onboard the ship itself, it likely could have been. The ability to print drones on demand from a common reserve means small ships like the Mersey could do much more than their size suggests. What if, instead of printing a small flying scout, they wanted to make something a little bit deadlier, like a missile?

This flexibility something the defense industry and the military are actively working on. Tomorrow’s seamen may set forth not knowing if their next mission will require the explosive force of missiles or the scouting eyes of a drone. Of course, they’ll still need to know in advance which they’ll need. 3D printing can be a slow process, and no one wants the printer to mess up while making a missile in the middle of a battle.