Customized to fit your unique footprint 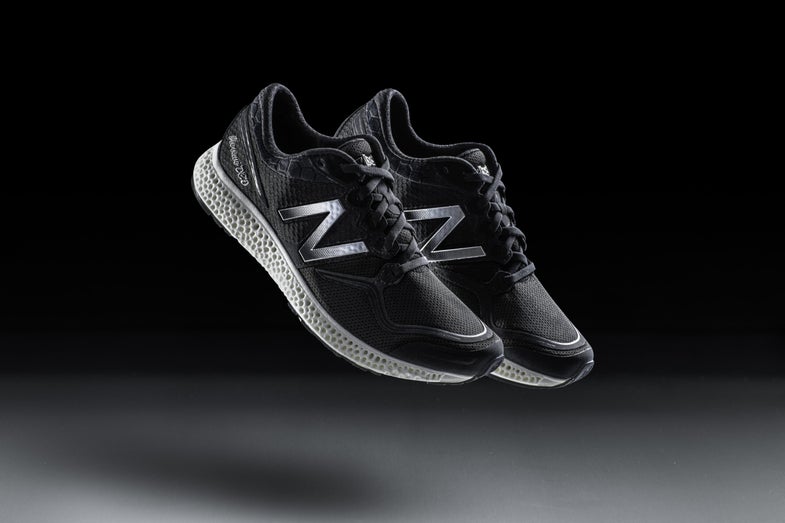 New Balance announced yesterday that it plans to launch a new running shoe for 2016 that would include a 3D printed midsole. The shoemaker known for its running gear hopes that this method will cut down on the overall cost of the shoe, and will allow users to customize their shoes to fit their athletic needs. The sneaker, which is still unnamed, is set to be available in select stores starting in April of next year.

New Balance isn’t the first shoe company or designer to invest in 3D printed shoes. For the past few years, major athletic companies have hinted at using 3D printing to create their running shoes, but it wasn’t until just recently that the goal has begun to come to fruition.

In October, Adidas announced its partnership with the 3D printing company Materialise to create a similar 3D printed midsole for a running shoe, and Nike also announced its intentions to make a 3D printed sneaker.

To create their midsole, New Balance partnered with 3D printing company 3D Systems to use its printers in combination with a newly developed elastomeric powder called “DuraForm Flex TPU,” which helps keep the shoe lightweight and flexible.

The actual process involved isn’t technically “3D printing” in the strictest sense, but rather selective laser sintering (SLS), which involves using lasers to fuse shapes out of powdered material, building an object up layer by layer. In the case of the New Balance sneaker, the midsole is the part that will be lasered out of powder. In this way, a shoe could be more accurately customized to fit the unique shape of an individual’s feet.

As most runners and athletes know, the shape and feel of the midsole is a critical feature as it’s one of the main sources of support and shock absorption. So a midsole designed specifically for the particular needs of an individual athlete could not only provide comfort but also prevent injury.

According to Petrecca, the 3D printing method would also help the company’s designers reduce the amount of time it takes to design a specific shoe. Midsoles are usually designed and produced using a mold that typically takes a month to build. The 3D printer is able to print 16 different midsole designs in one day (per machine) so designers could more easily compare multiple concepts, without the added production lag time.

However, while the 3D printed midsole shoe is set to be released in April of next year, the ability to customize your own (which will likely cost more) is still at least another year out, and there is still no word on how much either of the designs will cost, which could be the single biggest factor that determines how widely it is adopted.

So what does the future hold for sneakers? In regards to the possibility that all shoes will be made via 3D printers, Petrecca is optimistic. “The necessary design tools, materials and part processing techniques have moved to a new level. The ability to scale this technology for production is the next challenge.”