Will Science Let Pregnant Women Do ANYTHING?

No caffeine? Say it ain't so, science! 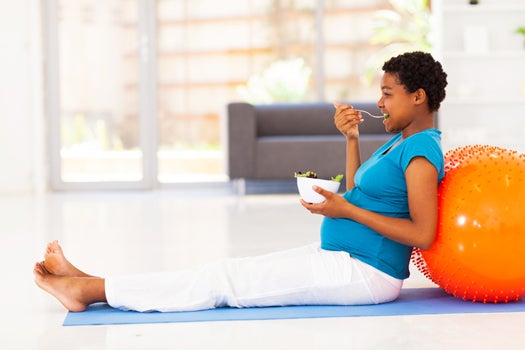 As cute as babies are, most aspects of pregnancy seem like the worst kind of torture you could inflict upon yourself. You can’t drink, you can’t smoke, you can’t eat sushi or unpasteurized cheese. Parts of your body will never be the same. Plus you have a TINY HUMAN growing within you. Who knows what you’re about to pop out. It could be the next Mother Teresa…but it could also be the next Donald Trump.

Science is constantly telling pregnant women what they can and can’t do, but it’s hard to know what’s a real threat to your future bouncing bundle of joy. What we think we know about pregnancy is constantly changing. Some studies say moderate drinking isn’t dangerous, but many health organizations urge pregnant women not to drink at all.

Not to mention the fact that every culture says something different about what’s safe. In Japan, sushi is considered healthy during pregnancy. In the U.S., it’s not. How do you know what’s right?

Here’s just a slice of how confusing the latest research on what you should and shouldn’t do while pregnant can be:

Don’t drink caffeine.
Don’t eat junk food.
Don’t eat carbs.
Do eat carbs.
Don’t worry so much about alcohol.
Do worry about alcohol.
Do open your windows.
Do expose your baby to light.
Don’t take too much Vitamin D.
Don’t take epilepsy medication.
Do get a whooping cough vaccine.
Do get a flu shot.
Do take folic acid.
Do take myo-inositol.
Do take fish oil.
Do take anti-nausea drugs.
Wait, stop. You’re taking too many pills.
Don’t use IVF.
Don’t have a C-section.
Don’t have late-pregnancy hypertension.
Do have early-pregnancy hypertension.
Don’t be overweight.
Don’t be underweight.
Seriously, though, don’t be overweight.
Do buy new shoes.
Don’t expect your maternity wear to fit. Retailers have been designing it all wrong.
Don’t trust the Internet.