PopSci Q&A: The Quest for a Male Contraceptive

John Amory, a doctor at the University of Washington, has been developing a male contraceptive for 15 years. Turns out,... 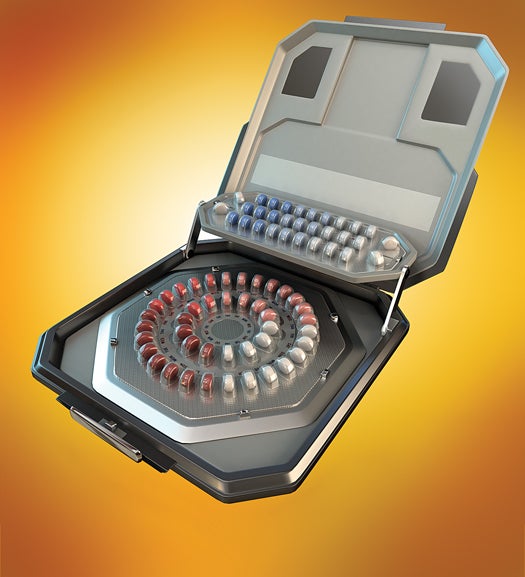 John Amory, a doctor at the University of Washington, has been developing a male contraceptive for 15 years. Turns out, it’s harder than it sounds. We spoke with him to find out why.

PopSci: Why is it taking so long to produce a birth-control pill for men?

John Amory: Women make one egg a month, but men make 1,000 sperm every second of every day, from puberty until the day they die. Turning that off is difficult.

PS: How does hormone contraception work?

JA: If you give a man enough testosterone, the brain will shut down the secretion of gonadotropins, which are the hormones that signal the testes to make sperm. This is why most bodybuilders are infertile, by the way. But it doesn’t work in all men.

PS: How many men does testosterone work for?

JA: We have never been able to get more than 95 percent effectiveness. It’s possible to identify who testosterone won’t work for, but it involves getting a lot of sperm counts. It would be much nicer if you could just say, “Take this and it will work.” Women don’t have to undergo ovulation detections and testing to see if the Pill is going to work for them.

PS: The World Health Organization funded a study across eight countries for hormone-based contraception, but last year, it shut down the study early. What happened?

JA: There were side effects, including severe depression. Some men don’t take hormonal shifts very well.

JA: Sperm have a pretty daunting mission. There’s a lot that can go wrong. Researchers have injected monkeys with eppin, a protein that coats sperm so they can’t swim. There’s also the process by which sperm make energy. If you can block that, you’d get tired sperm. Also, the testes need vitamin A to produce sperm, and there’s an enzyme that converts vitamin A to its active metabolite, retinoic acid. No retinoic acid, no sperm. I’m developing drug inhibitors that stop retinoic-acid production in the testes. I’m hopeful that we’ll have something approved in five years.

PS: Do you expect much demand for the male pill?