The products may cause seizures and other problems 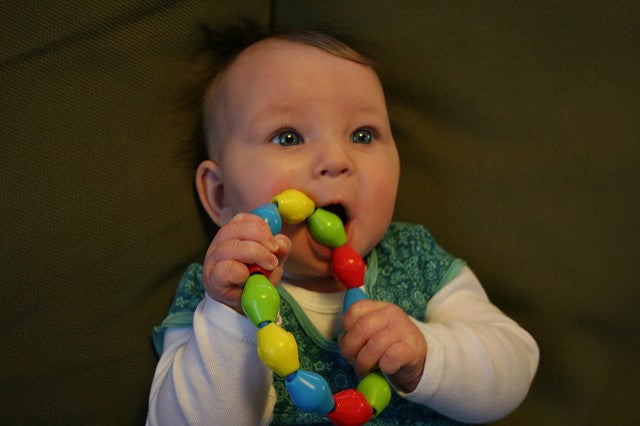 Homeopathic tablets and gels meant to ease teething pain may in fact be dangerous for kids and infants, the U.S. Food and Drug Administration has warned. The agency is investigating whether these remedies are associated with seizures and other complications, it announced on September 30.

“We recommend parents and caregivers not give homeopathic teething tablets and gels to children and seek advice from their health care professional for safe alternatives,” Janet Woodcock, director of the FDA’s Center for Drug Evaluation and Research, said in the press release.

Homeopathy is a type of alternative medicine that relies on the notion that very tiny doses of natural substances that cause similar symptoms to an ailment in healthy people can be used to treat it. In 2014, Australia’s National Health and Medical Research council found no evidence that homeopathy was effective in treating any of the 68 conditions it assessed. More recently, Paul Glasziou, a professor of evidence-based medicine at Bond University in the United Kingdom, described homeopathy as “a therapeutic dead-end” in a blogpost for the British Medical Journal.

Homeopathic remedies aren’t evaluated evaluated for safety and effectiveness by the FDA. The agency wrote that it is “not aware of any proven health benefits” of the teething tablets and gels. It has, however, been concerned about these products since 2010, when the agency issued a safety alert about Hyland’s Teething Tablets, which contained inconsistent amounts of belladonna (aka deadly nightshade, which, as its name suggests, is toxic in large doses).

Hyland’s tablets are intended to provide relief from the pain, sleeplessness and irritability that babies can experience while growing their first teeth. The company has said that it is “confident” its tablets are safe but is cooperating with the FDA. Meanwhile, CVS Pharmacy has voluntarily withdrawn all homeopathic teething remedies (including Hyland’s, Orajel and several CVS brand products).

The FDA also recommended immediate medical attention for any child who experiences “seizures, difficulty breathing, lethargy, excessive sleepiness, muscle weakness, skin flushing, constipation, difficulty urinating, or agitation” after taking homeopathic teething tablets or gels. The agency is looking into reports of problems related to these remedies since the 2010 alert. Parents and health care professionals can add to these using the agency’s MedWatch Adverse Event Reporting Program.