Mercedes-Benz makes a hefty promise to install 2,500 EV fast chargers across the US

The luxury carmaker aims to provide universal EV charging stations at 400 sites across the US by 2027. 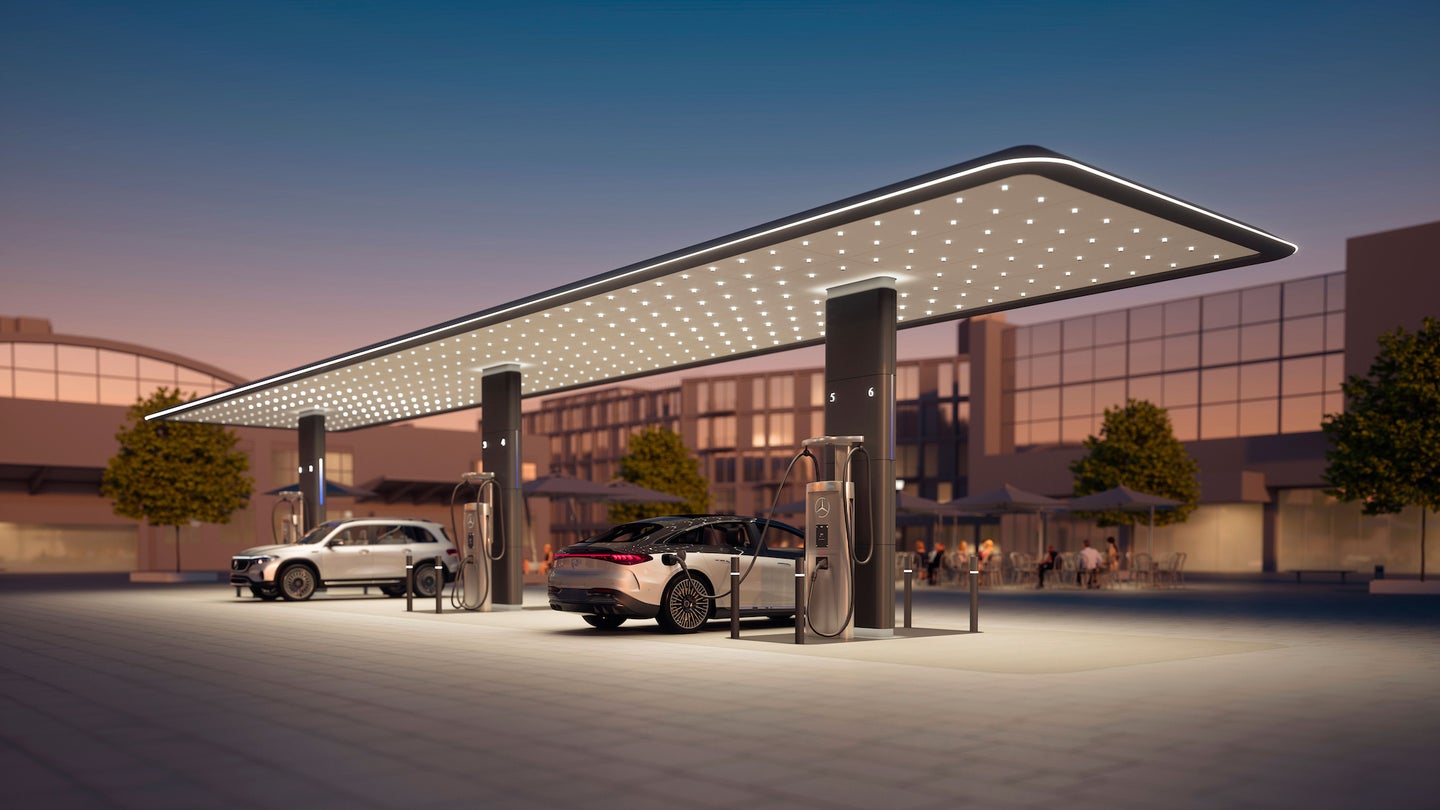 The stations are slated to arrive at 400 locations across the country. Mercedes-Benz
SHARE

One of the biggest issues holding back many drivers from making the switch to electric vehicles is the comparative lack of supportive infrastructure like public charging stations. After decades of fossil fuel guzzling cars traversing the country, the US now hosts an estimated 145,000 gas stations compared to around just 53,000 EV charging locales. But this week at CES 2023 in Las Vegas, Mercedes-Benz announced plans to provide a sizable boost to the grid over the next few years—drivers can soon expect another 2,500 fast chargers at over 400 sites around the country within the next four years.

The news came courtesy of Mercedes-Benz Chief Technology Officer Markus Schäfer, who also reiterated the company’s goal to make battery-powered EVs more accessible to the public.The company  aims to become carbon neutral by 2039. To accomplish the project, Mercedes-Benz is partnering with the battery storage provider MN8 Energy and solar power company ChargePoint as its North American partners for the new stations.

[Related: Mercedes vehicles will soon be getting game-quality graphics on their hyperscreens.]

And before you ask—don’t worry, you won’t need a swanky EV Benz to use the upcoming locations. Schäfer explained that plug-and-charge compatibility will be integral to the stations, so that any EV owner can refuel as needed.

Strategic locales are key to Mercedes-Benz’s newest EV endeavor. As Ars Technica highlights, many public electric vehicle power stations are currently relegated to the outskirts of shopping center parking lots, making the visits uncomfortable and potentially unsafe for drivers at certain times of day or night. As such, sites will be chosen “with food outlets and restrooms situated nearby,” as well as provide security features like surveillance cameras to offer “a safe and secure charging environment.” As for the number of stations at each location, drivers can expect a minimum of 4 and as many as 30 individual charging ports.

Although the overall cost isn’t cheap—roughly $1.1 billion split between Mercedes-Benz and MN8 Energy over the next few years. But, EVs are key to the world’s transition to a fully renewable energy structure, and many more of these kinds of projects will be needed to ensure that becomes a reality. As such, similar plans from the European carmaker are expected in both China and Europe down the line. At the same time, Mercedes-Benz has a  2030 deadline for a complete transition to electric car manufacturing.