The privacy-centric search engine company will launch a new macOS browser for its users. 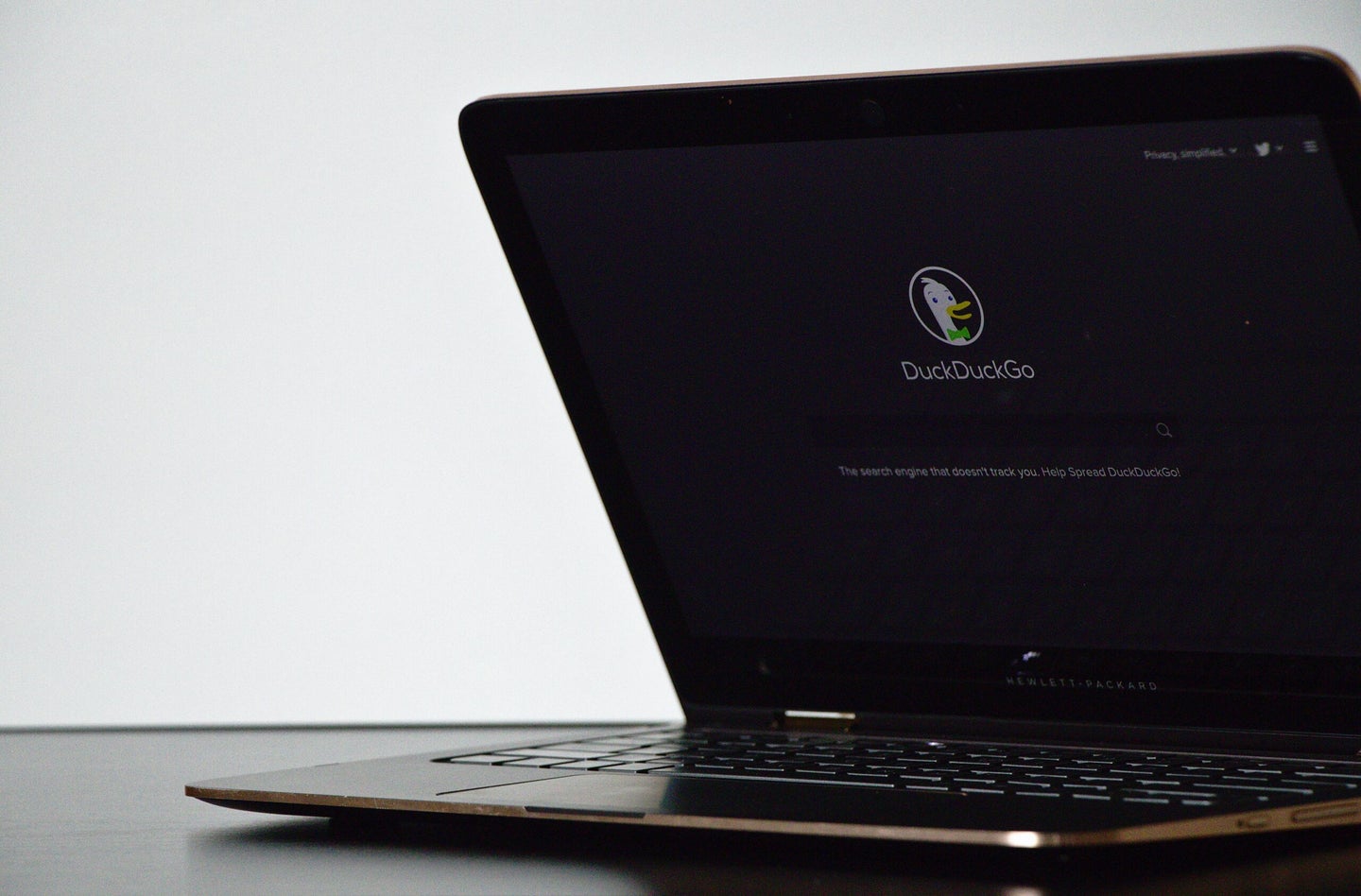 DuckDuckGo, the privacy-focused search engine company, is bringing its DuckDuckGo Privacy Browser to macOS. It’s an exciting move for anyone interested in being tracked less online.

DuckDuckGo started in 2008 as an alternative to other search engines—that’s mostly Google, with more than 90% of the market—that put advertisers ahead of users. One of DuckDuckGo’s big features is that your searches are never tracked, and it doesn’t use cookies to follow your activities around the web.

Any ads you see aren’t personalized, but are instead based on the specific search terms you use. Search for “cars” and you’ll see ads about cars, not some car-patterned socks you once clicked through to on Instagram. Over the past decade, DuckDuckGo has grown to more than 3 billion searches per month (it’s worth noting, though, that Google does more than that in a day)—and launched the DuckDuckGo Privacy Browser.

The DuckDuckGo Privacy Browser is already available on iOS and Android devices (the Mac app is still in beta). According to DuckDuckGo, it’s been downloaded more than 150 million times since it launched in 2018. It’s designed to make privacy simple. Instead of requiring users to dig deep into the browser settings or install third-party plugins to protect their data, it’s private by default. It uses DuckDuckGo’s search, blocks third-party tracking cookies, forces more secure HTTPS connections, and makes closing your tabs and deleting your browsing data a one-tap option via a “Fire Button.”

[Related: 7 ways DuckDuckGo can help you find exactly what you need]

Until now, the Privacy Browser has been limited to mobile platforms, making it somewhat less useful. It can be a decent—and more private—alternative to incognito mode, but it’s a drag to have a drastically different browsing experience on your smartphone and computer.

This new Mac beta (and the promised Windows beta later this year) changes that, though. It’s taking what makes the Privacy Browser great on mobile—privacy by default, no trackers, the data-clearing Fire Button—and adding the features necessary for a solid desktop browser, like a built-in password manager. It even blocks cookie pop-ups and automatically selects the option that installs the least cookies (on 50 percent of sites, apparently, with that number set to grow throughout the beta) and stops content with embedded trackers on sites like Facebook from loading. On the new tab page, you’ll also see a list of all the tracking attempts it’s blocked so you can notice the worst offenders. DuckDuckGo also intends to bring these features to the mobile version of the browser.

DuckDuckGo hasn’t quite started from scratch with its new browser. While it’s building the interface and features, it uses macOS’s built-in WebKit rendering engine to display web pages. This means that, at least on Macs, it is running on the same underlying browser technologies as Safari. This is the same technique that enabled it to build its mobile browser. For Windows, DuckDuckGo will use the built-in Chromium-based rendering engine.

By using macOS’s default options, DuckDuckGo claims the Privacy Browser is “already faster than Chrome on some graphics performance” (based off the Motion Mark 1.2 benchmark). It also blocks trackers before they load, which means it uses less data—and could allow for faster page-load speeds.

While we can’t verify a lot of these claims ourselves yet, we’re big fans of DuckDuckGo in general and have joined the beta waitlist intending to test it as soon as possible. If you want to sign up as well, in the DuckDuckGo mobile browser, go to Settings > DuckDuckGo for Desktop, and click Join the Private Waitlist. You’ll get a push notification with a code when your spot is open. DuckDuckGo is apparently letting people join in waves, so hopefully the wait won’t be too long.

If you don’t have patience for the waitlist—or you’re on Windows or Linux—Brave is a similar privacy-focused browser built on Chromium.