Despite their tendency to smack into your car on the road, bugs' ability to avoid one another could improve collision prevention. 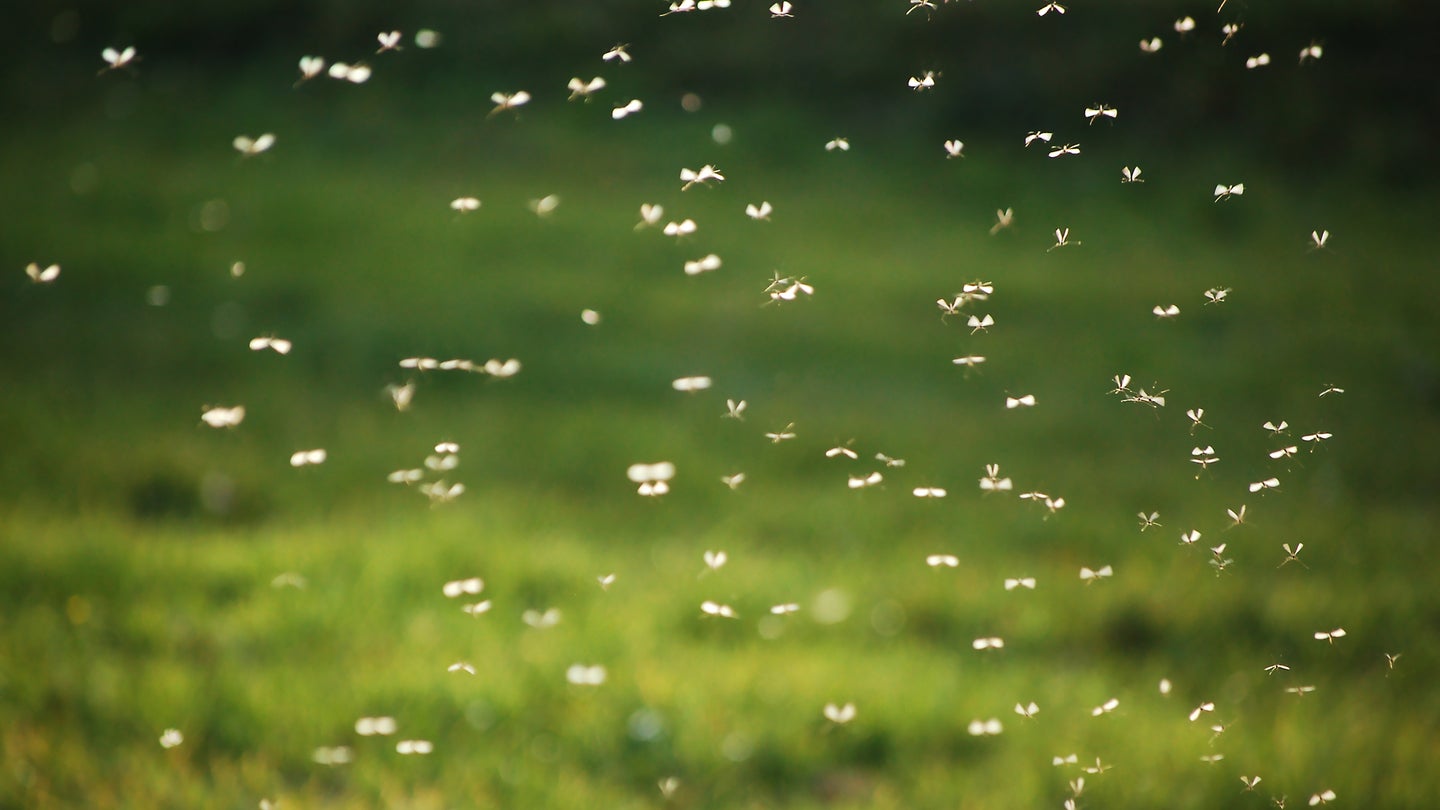 Bugs are pretty good at avoid each other while flying, if not actual cars. Deposit Photos
SHARE

Despite the rapid rise in vehicles’ collision avoidance systems (CASs) like radar, LiDAR, and self-driving software, nighttime navigation remains a particularly hazardous endeavor. While only a quarter of time behind the wheel takes place after the sun sets, an estimated 50 percent of all traffic fatalities occur during this time. Knowing this, the natural inclination for many researchers might be to develop increasingly complex—and, by extension, energy hogging—CAS advancements, but one recent study points towards a literal bug-brained method to improve safety for everyone on roadways.

As detailed in new research published in ACS Nano from a team at Penn State, insects like locusts and houseflies provide the key inspiration behind the new novel collision prevention programming. Many current systems rely on real-time image analysis of a car’s surroundings, but the accuracy is often severely diminished by low-light or rainy conditions. LiDAR and radar tech can solve some of these issues, but at a hefty cost to both literal weight and energy consumption.

Commonplace bugs, however, don’t need advanced neural networks or machine learning to avoid bumping into one another mid-flight. Instead, they use comparatively simple, highly energy efficient, obstacle-avoiding neural circuitry to navigate during travel. Taking this into account, the Penn State researchers devised a new algorithm based on the bugs’ neural circuits reliant on a single variable—car headlight intensity—for its reactions. Because of this, developers could combine the detection and processing units into a much smaller, less energy consuming device.

“Smaller” is perhaps a bit of an understatement. The new, photosensitive “memtransistor” circuit measures only 40-square micrometers (µm) of an “atomically thin” construction comprised of molybdenum disulfide. What’s more, the memtransistor needs only a few hundred picojoules of energy—tens of thousands of times less power than current cars’ CASs require.

Real-life nighttime scenario testing showed little, if any, sacrifice in the ability to detect potential collisions. While employed, the insect-inspired circuits alerted drivers to possible two-car accidents with between two- and three-second lead times, giving drivers enough time to course correct as needed. Researchers argue that by integrating the new bug-brained circuitry into existing CAS systems, vehicle manufacturers could soon offer far less bulky, more energy efficient evening travel safety protocols. Unfortunately and perhaps ironically, however, the study fails to mention any novel way to avoid those inspirational bugs smacking into your windshield while on the highway.