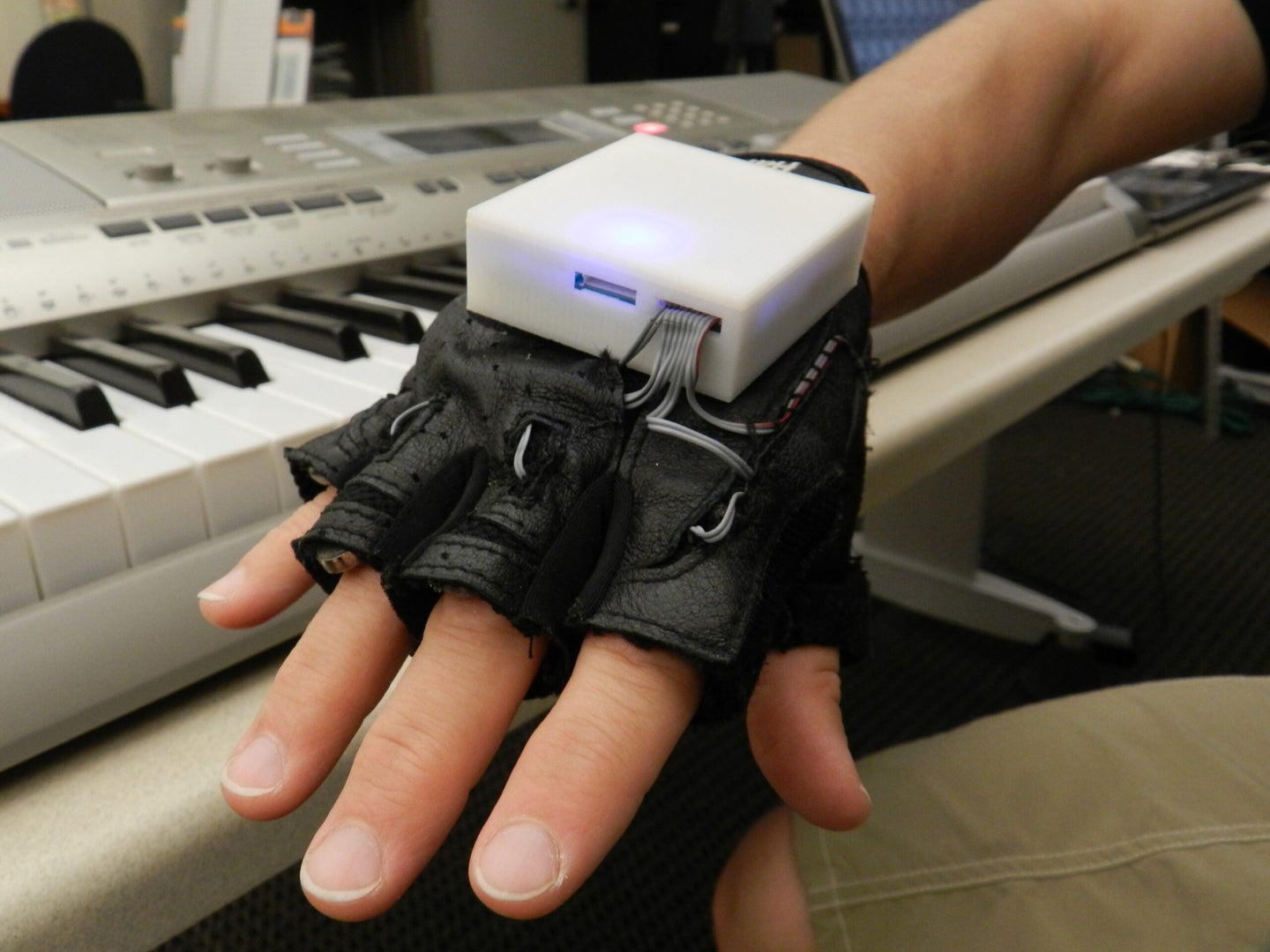 A new wireless glove that can teach piano lessons could help people with spinal cord injuries regain some motor control, according to researchers at Georgia Tech. The fingerless gloves buzz to indicate which piano keys to play, and people who used it in a study experienced improved sensation in their fingers.

The glove connects to a computer or MP3 player, which is programmed with a specific song or piano piece. This is also connected to a piano with light-up keys. As the keys are illuminated, the glove sends a vibration to the corresponding finger, indicating where and when to tap. This way, the user learns the proper keystroke patterns and memorizes the song.

Tanya Markow, a recent Ph.D. graduate and project leader, demonstrates it in the video below.

The goal isn’t necessarily to learn how to play “Flight of the Bumblebee” — it’s so patients with spinal cord injuries can improve feeling or movement in their hands, as Markow explains it to Georgia Tech News. In a new study, patients practiced playing the piano for 30 minutes three times a week for eight weeks. But they also wore the glove at home for two hours a day, five days a week, only feeling the vibration and not playing any instrument. A control group learned the piano, but didn’t wear any gloves. Ultimately, in a series of grasping tests, the glove group performed much better.

“After using the glove, some participants were able to feel the texture of their bed sheets and clothes for the first time since their injury,” Markow said. She believes the vibration could be triggering activity in the sensory cortex, which leads to renewed brain activity in dormant areas of the motor cortex. She plans to study this with functional MRI next.