Anti-Counterfeiting Measures Around The Globe [Infographic]

How does the new $100 (USD) stack up against everywhere else? 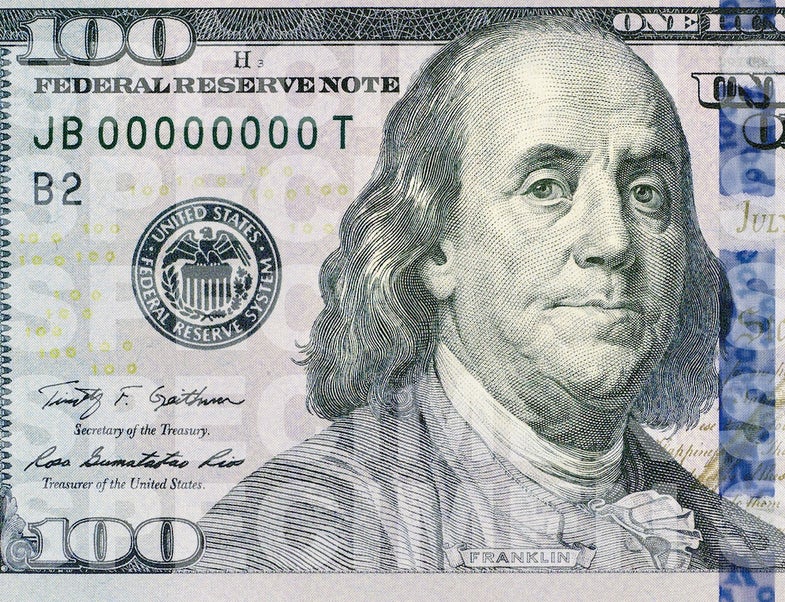 The $100 bill is the most widely circulated U.S. denomination abroad and, because it’s almost universally accepted, the most counterfeited one outside our borders. A new Benjamin goes into circulation today with security updates: a ribbon with images that move when the bill is tilted and a drawing that changes colors depending on its angle (these in addition to more than six other anticounterfeiting features). But the U.S. isn’t the only nation concerned about the sanctity of its currency. Bills from around the world combine complex technologies to make notes harder to copy and fakes easier to spot. 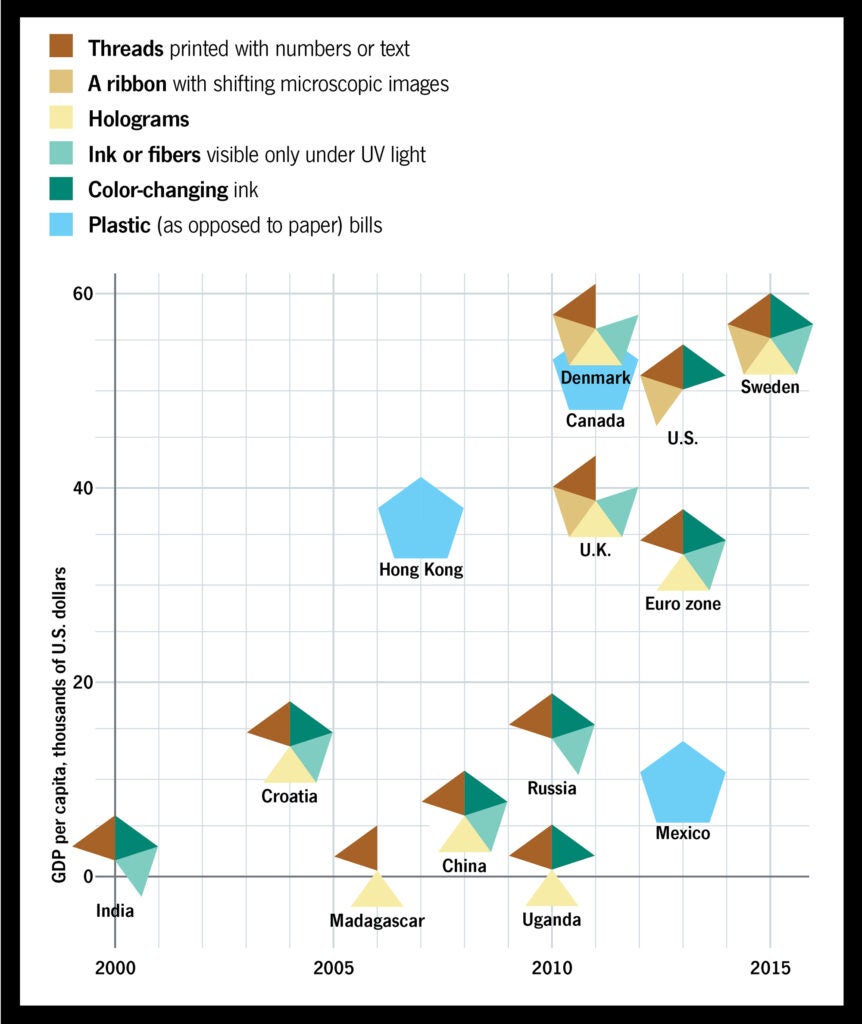