The Internet came in a distant second. 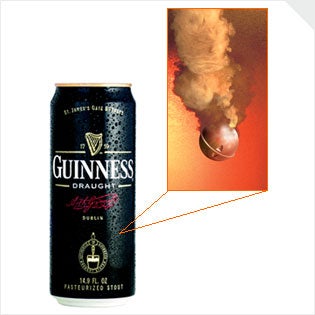 MARVEL OF IRISH INGENUITY
No problem was as pressing, no challenge greater than creating a nice, creamy head atop a store-bought can of Guinness.

According to an online poll conducted by the British technology
magazine T3, the greatest invention of the past 40 years was the beer widget, the small ball filled with nitrogen that is designed to release the
carbon dioxide dissolved in a can of Guinness beer, giving it a foamy head.
The device, introduced in 1989, previously won the Queen’s Award for
Technological Achievement.