Crux: Neutrally buoyant vacuum tunnel submerged 150 to 300 feet beneath the Atlantic’s surface and anchored to the seafloor, through which zips a magnetically levitated train at up to 4,000 mph.

The idea is as wondrous as it is audacious: Get on a train at New York City’s Penn Station and hit Paris, London or Brussels just an hour later. “From an engineering point of view there are no serious stumbling blocks,” says Ernst Frankel, retired professor of ocean engineering at MIT.

As envisioned by Frankel and Frank Davidson, a former MIT researcher and early member of the first formal English Channel Tunnel study group, sections of neutrally buoyant tunnel submerged 150 to 300 feet beneath the surface of the Atlantic, then anchored to the seafloor–thereby avoiding the high pressures of the deep ocean. Then air would be pumped out, creating a vacuum, and alternating magnetic pulses would propel a magnetically levitated train capable of speeds up to 4,000 mph across the pond in an hour. As Frankel and Davidson say, it’s doable. “We lay pipes and cables across the ocean every day,” says Frankel. “The Norwegians recently investigated submerged, floating tunnels for crossing their deep fjords, and were only held back by the costs.”

Ah, the costs: Estimates range from $25 million to $50 million per mile. Another hurdle: safety. But Davidson believes a test case might mitigate concerns. “Maybe a tunnel across Lake Ontario would show how it reacts to dynamic conditions and give us a better understanding of the costs,” he muses. “A transatlantic tunnel will be done. We just have to be as interested in it as we are in getting to the Moon.” 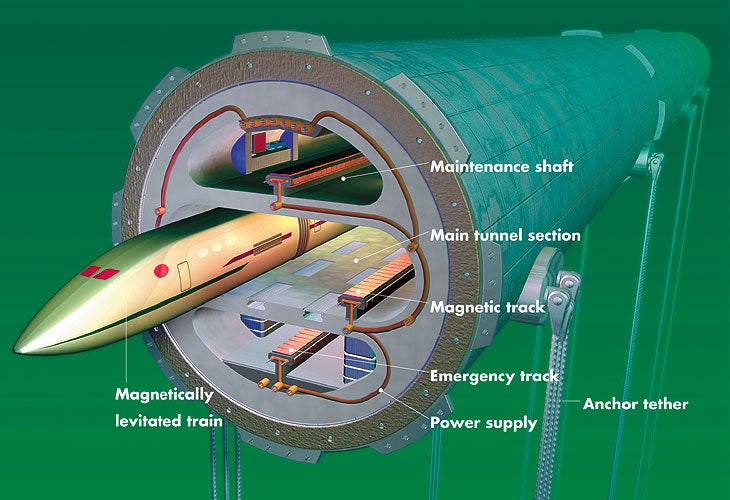 A 4,000-mph magnetically levitated train could allow you to have lunch in Manhattan and still get to London in time for the theater, despite the 5-hour time difference. It’s not impossible: Norway has studied neutrally buoyant tunnels (concluding that they’re feasible, though expensive), and Shanghai is running maglev trains to its airport. But supersonic speeds require another critical step: eliminating the air–and therefore air friction–from the train’s path. A vacuum would also save the tunnel from the destructive effects of a sonic boom, which, unchecked, could potentially rip the tunnel apart.

One proposed route for the transatlantic maglev train passes through northeastern Canada before barreling toward the British Isles and continental Europe, briefly kissing terra firma on Greenland and Iceland. Because aboveground sections would be cheaper to build than their underwater counterparts, such a route would be more economical than a direct shot through the Atlantic. 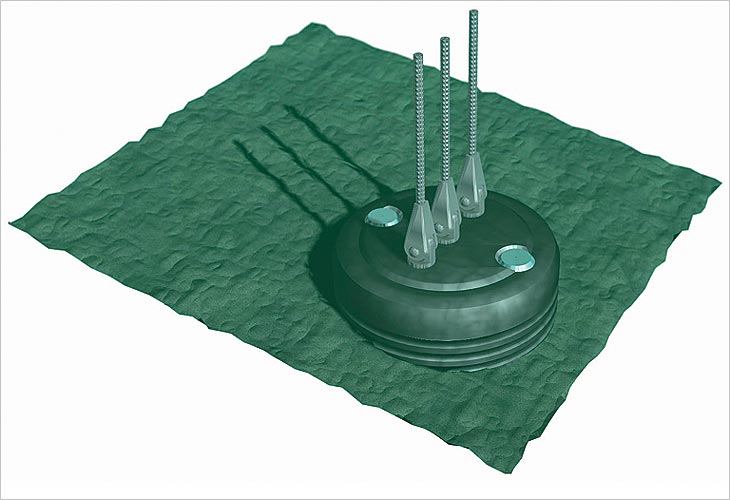 To prevent drift from currents or storms, neutrally buoyant tunnel sections will be anchored 30 to 40 feet into the seafloor. Sections of the tunnel could be manufactured in drydock, then hauled to the site.