Can An Algorithm Find Artillery Craters In Satellite Images? 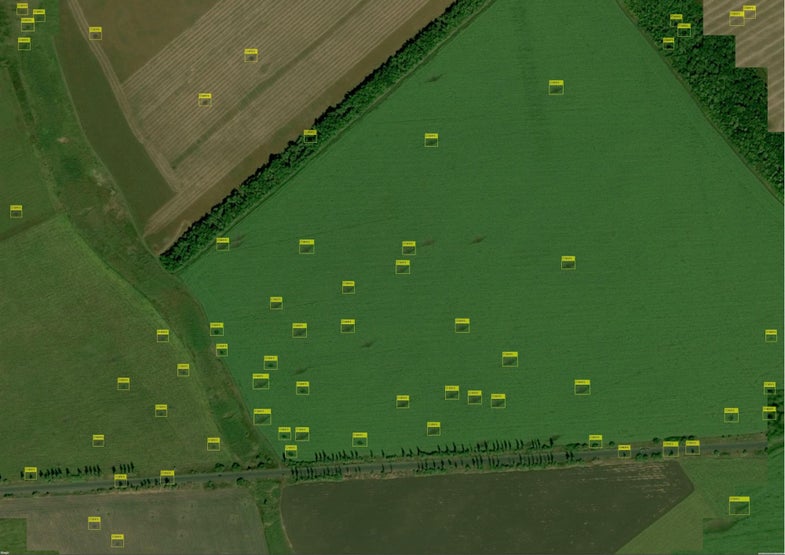 Battle isn’t subtle. The after-effects of a fight mark the earth, with damaged buildings, broken trees, destroyed vehicles, and upturned dirt disturbing the area instantly. From this basic premise, that craters are visible and we understand how artillery works, comes a daunting project: is it possible to train a machine to find artillery craters in satellite images, and then figure out where the attack came from? Created by human rights organization Rudiment, the ARtillery Crater Analysis and Detection Engine (ARCADE) is a program that wants to do just that.

The project builds from analysis done by open-source investigations outfit Bellingcat of craters between Russian and eastern Ukraine. The most accurate way to analyze a crater is to get artillery specialists standing in the crater itself, but that’s labor intensive, risky even on test ranges, where unexploded artillery shells in the crater might go off, and riskier still in active war zones. Withought being in the crater itself, it’s possible to still do some analysis of the blast, but it’s challenging to do each crater in turn.

ARCADE wants to automate the process as much as possible. They’re relying on publicly available images, and want the tool to be free to distribute and easy for anyone to use. As it works right now, the tool takes an image of a crater-scarred field, processes the image to grayscale, looks for craters, and then marks their centers. After that, it tries to fit an arrow shape to the crater, with the blasted earth pointing backwards to where the shot likely originated.

As it is, the tool is good at finding craters, but also really good at finding spots that look like craters but aren’t. The project is still in the early stages, and Rudiment is working with the Centre for Visual Computing at the University of Bradford to develop it further. This tool will likely never tell artillery commanders in the field what they need to know when they’re under fire, but for journalists and human rights organizations reporting a war, it adds another layer of insight.