How To Make Bricks Out Of Dirt 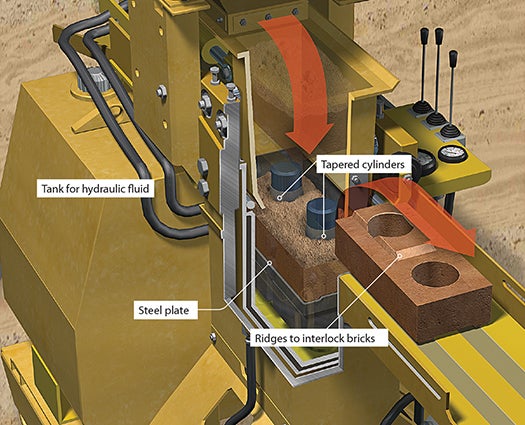 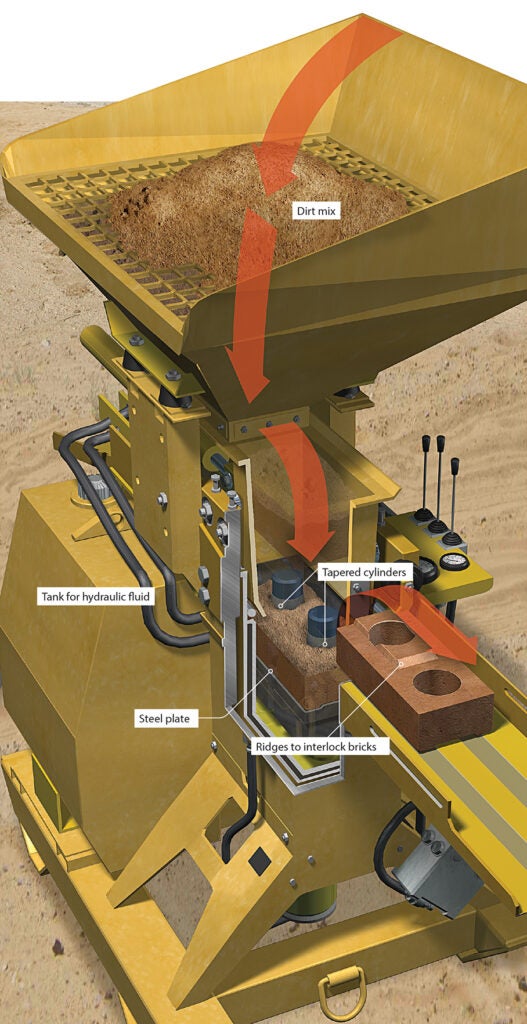 Because compressed-earth blocks absorb and release heat more slowly than fired bricks, they can keep interiors cooler during the day and warmer at night.

Bricks are fairly easy to make, but in the developing world, traditional fired bricks are sometimes weak and crumble-prone, while cement ones are often unaffordable. The Vermeer BP714 is the first compressed-earth-block machine that makes strong air-dried bricks out of dirt. Its bricks don’t just exceed U.S. cement-code strength requirements—they’re 20 to 30 percent stronger, and cheaper than other machines’ too.

The process is simple. An operator mixes dirt with a bit of water and cement and shovels the concoction into the Vermeer. A portion of the mix moves into a chamber hydraulically pressurized by an integrated diesel engine, where steel plates slam 55,000 pounds of pressure upward to squeeze the dirt into a block. To make the bricks strong and uniform, the machine does something unique: Two cylinders slide into the brick, compressing the dirt even further.

The Vermeer can pound out a 7-by-14-by-4-inch block every 15 seconds. And the bricks are the first that can interlock and accept steel reinforcements for earthquake and hurricane zones. 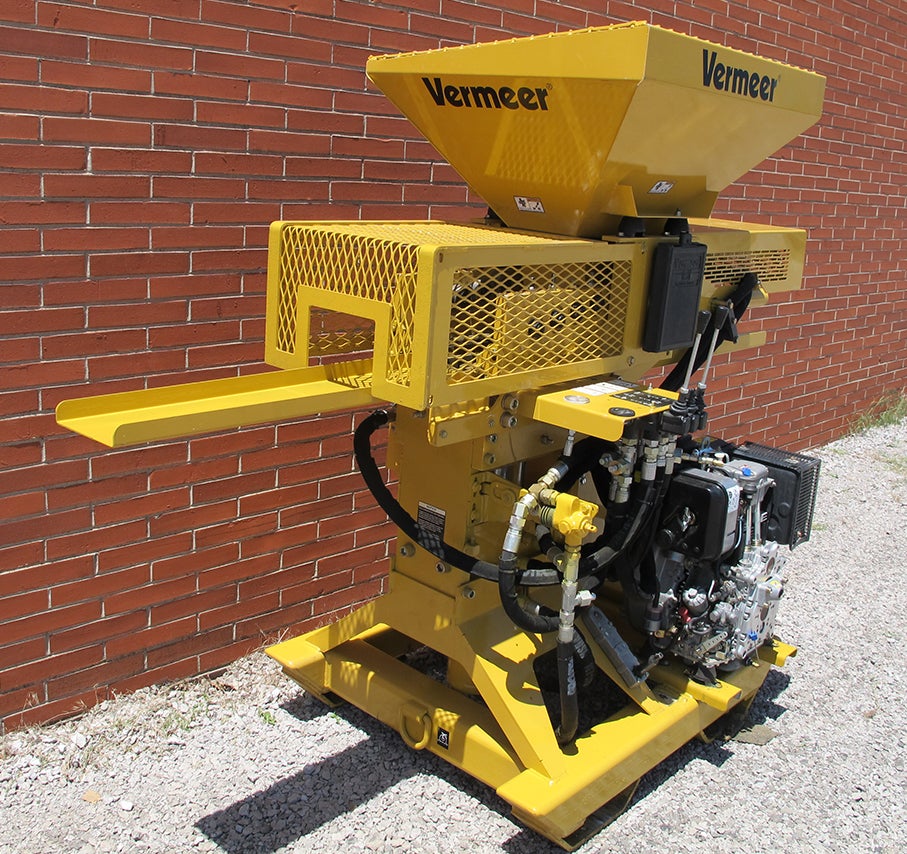