The artists behind this 18-foot rhinestone- and sequin-encrusted Predator replica want to push audiences to think about the consequences of deadly drone strikes in places like Massachusetts. 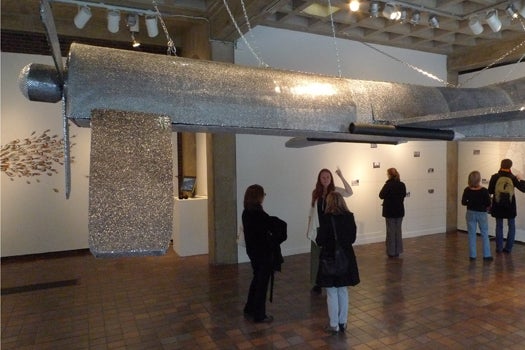 An 18-foot rhinestone-covered Predator drone replica, in all its glittering glory, was unveiled today as part of a new art exhibit at the University of Massachusetts Amherst. “Home Drone” wants to push its audience to think about the consequences of deadly drone strikes — not in far-flung regions of the world, but at home, in places like Massachusetts.

Heather Layton, the artist, hopes to foster a greater cultural understanding between the U.S. and Pakistan.

“After visiting Pakistan this topic became particularly important to us after we started to realize these drones are attacking people we now consider our friends,” said Layton, a senior lecturer in art at the University of Rochester.

The sequins and rhinestones that cover the drone belie the fact that it’s a killing machine. Layton and her collaborator, Brian Bailey, explain more of the project in this video: 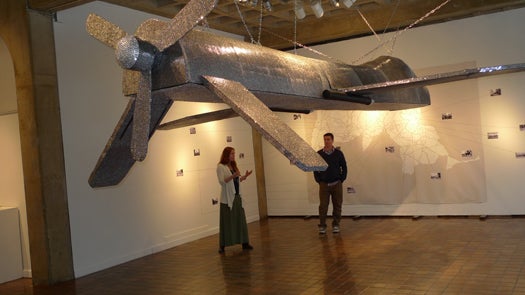 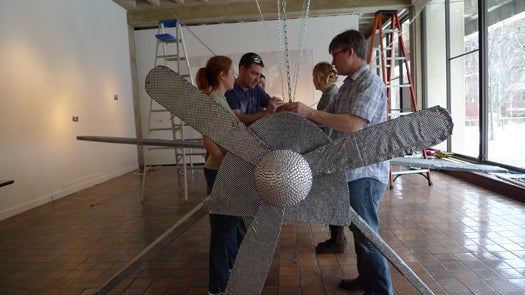 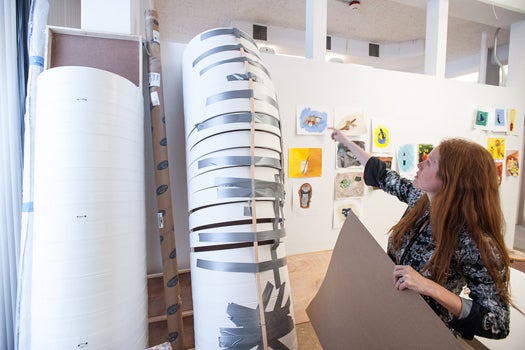 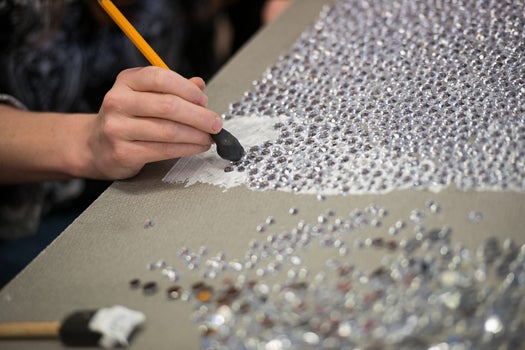 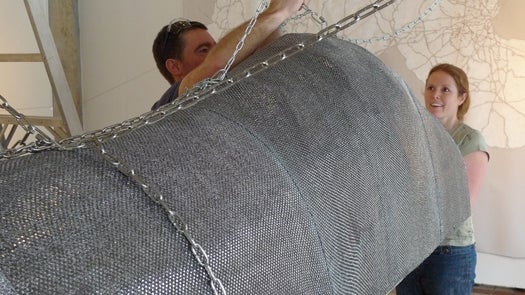 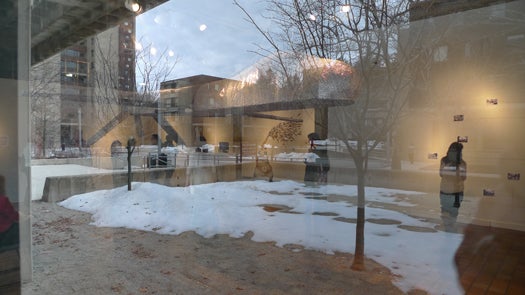