The most customizable personal robot. 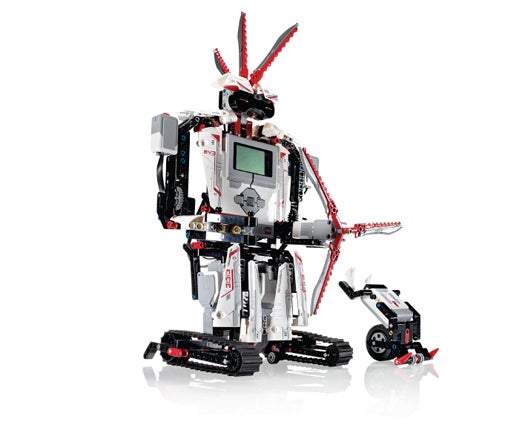 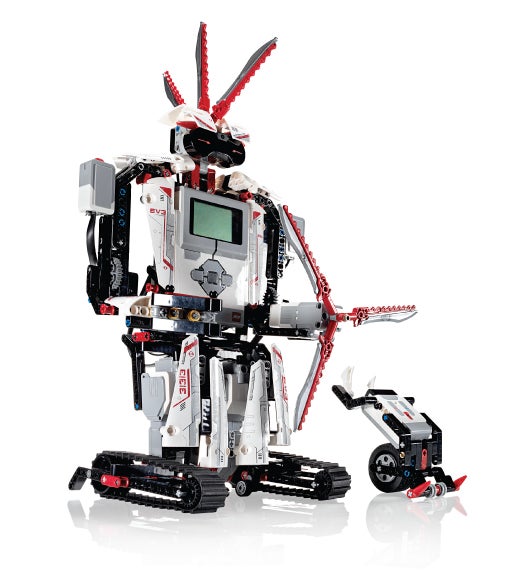 Fifteen years ago, Lego released the Mindstorms Robotics Invention System, and amateur roboticists went wild. With it, they could snap together motorized creations that they could program with an intelligent brick. Since then, the Mindstorms online community has shared more than 17,000 designs—as varied as automatic toilet flushers and bumper cars—and started robotics leagues and engineering curriculums. This summer, Lego will release the EV3, the first Mindstorms update in seven years. The kit will allow builders to create tens of thousands of new robots, all of which will be smarter, faster, and more responsive than before.

The heart of the EV3 is an upgraded processing brick. A 300-megahertz processor runs up to 10 times faster than its predecessor, so the brick can control more appendages and monitor more sensors at once. The system also has 64 megabytes of RAM to boost response time and 16 megabytes of storage.

EV3 robots can navigate autonomously. Designers embedded an infrared proximity sensor in the eyes, so robots can follow, attack, or run from what they encounter. Users will be able to buy additional bricks with gyroscopes, which will enable the robot to balance itself.

Each kit comes with three motors. Two large ones transfer their 170 rpms to double-sided output drives; each motor can move pairs of legs, arms, or tentacles independently of one another. The third, smaller motor spins at 250 rpm and handles minute actions, such as firing ammo or flicking fingers.

For massive, complicated creations, builders can daisy-chain up to four processing bricks together. A “master” brick sends commands to the other three bricks that rely on it and relays instructions to extremities, such as a command to pinch together a thumb and forefinger. 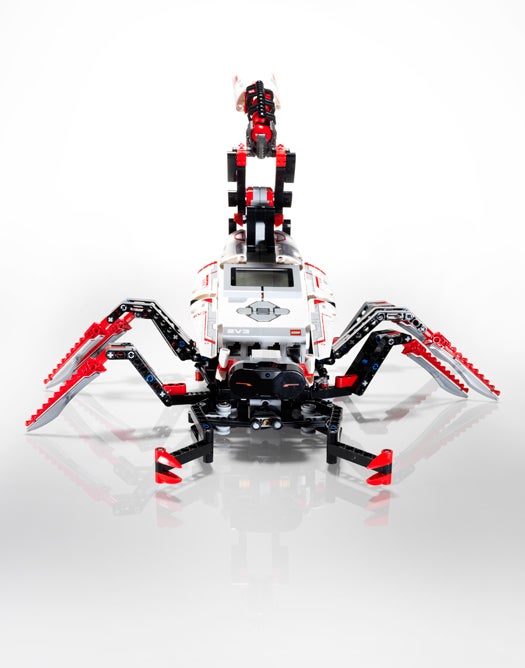