Will You Use Google Drive?

Google has been rumored to be working on a cloud storage service for about as long as we’ve known what... 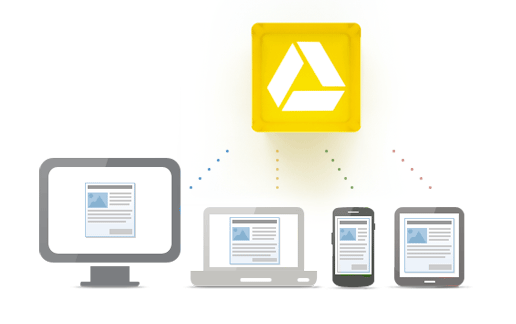 Google has been rumored to be working on a cloud storage service for about as long as we’ve known what cloud storage is, and today the company finally unveiled it: Google Drive. It has a couple of nice features that competitors like Dropbox, MobileMe, SkyDrive and all the others don’t, but the main selling point seems to be the same selling point as most other new Google services: hell, you’re already using Google. Why not add this? So we’re curious: will you?

Primer time! If you already know what I mean when I say “it’s like Dropbox, but from Google,” skip this paragraph and go on to the next one. (It’s like a choose your own adventure game, without adventure, and with information!) Everyone else, here’s what’s going on: Cloud services give you a folder on your computer into which you drag whatever you’ll want to access later, whether it’s documents, photos, music, videos, or anything else. That’s synced automatically to your cloud drive, out in a server somewhere, and you can access or share those files from any supported device (which includes computers, tablets, and smartphones). It’s great! You don’t have to worry about where your stuff is anymore, because you can always get to it, and you don’t need to worry about emailing attachments that are too big, because you can just share files from your cloud drive, which has a whole bunch of space.

Google Drive doesn’t bring many crazy-new features to cloud storage, though there are a few new ideas. We’re actually pretty excited about the search functions, which might turn out to be a major differentiating factor. There’s this image recognition element, so Google Drive will look through even scanned images with text, or files like PDFs that aren’t normally searchable, and index all of that as well, which is something no other service has. At the Drive demonstration, a Google rep took a picture of a typewritten paper document with a phone, then sent it to Google Drive, where it was scanned and recognized. Pretty cool stuff.

And it promises to be nicely integrated with all of the Google services you love, like Gmail and YouTube and Google Docs, and also with those other services you’re aware of, like Google Plus. You can open and view, says Google, over 30 kinds of files, including Photoshop and video files, even if you don’t have Photoshop or video editing software on whatever device you’re accessing those files with. And you can share and comment on those files directly from Gmail and Google Plus (though it’s worth mentioning that many Gmail clients support other cloud services, like the Sparrow client with Dropbox).

Google Drive is apparently available now, though I see a button that says “Your Google Drive is not ready yet” on the Drive page, for Mac, PC, and Android. iOS devices like the iPhone and iPad are soon to come–they were used at the demo, so they’re probably not far off. Drive starts off with 5GB for free, though you can upgrade–$2.50 a month gets you 25GB, and pricing goes all the way up to 16 terabytes of storage. (This is basically the average price, though Microsoft’s SkyDrive offers a ridiculous 100GB for free.)

So here’s what we’re wondering: will you guys use this? Will Dropbox users drop Dropbox (eek) and switch? Will the fact that Drive is thoroughly integrated into the Google ecosystem be enough to tempt those who were never tempted by cloud storage before?