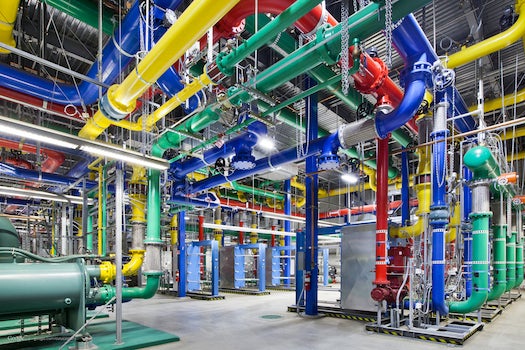 Pipes carry water to and from a data center In The Dalles, Oregon. Google
SHARE

It’s not a coincidence that these images are being released after a report from The New York Times about the wastefulness of data centers. Only a fraction–6 to 12 percent–of the energy used in such centers, The Times reported, went to computational services. Facebook was slammed by the investigation, but so was Google: The search company uses almost 300 million watts to power its centers, and it doesn’t always go to good use. “[D]ata centers can waste 90 percent or more of the electricity they pull off the grid,” they wrote.

So it’s not surprising that so many of the images released by Google would highlight efficiency and environmental friendliness–water vapor means “our cooling towers are at their most efficient,” while several photos show the tech that goes into keeping the servers cool.

But they’re still a lovely look at the rarely-seen centers, even if the glasses you’re looking at them through aren’t so rose-colored. 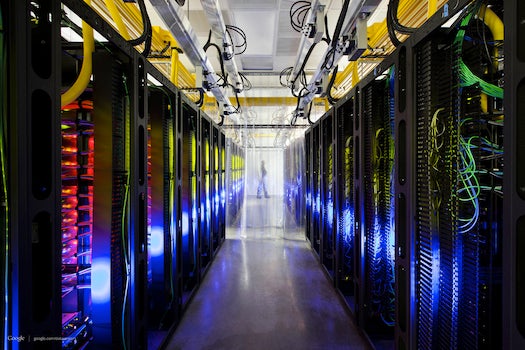 A collection of switches and routers that keep Google’s data centers in contact. 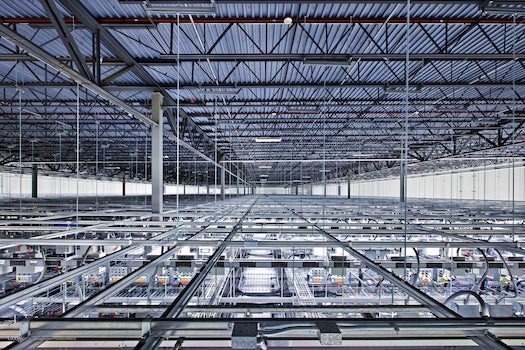 An array of steel beams holds up the structure. 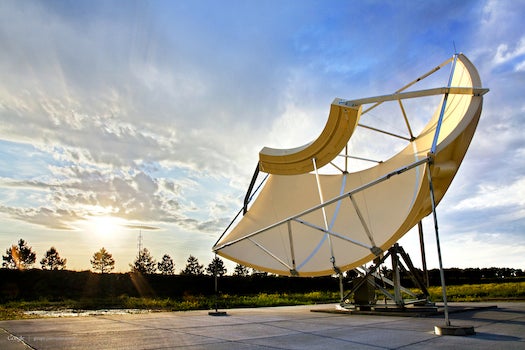 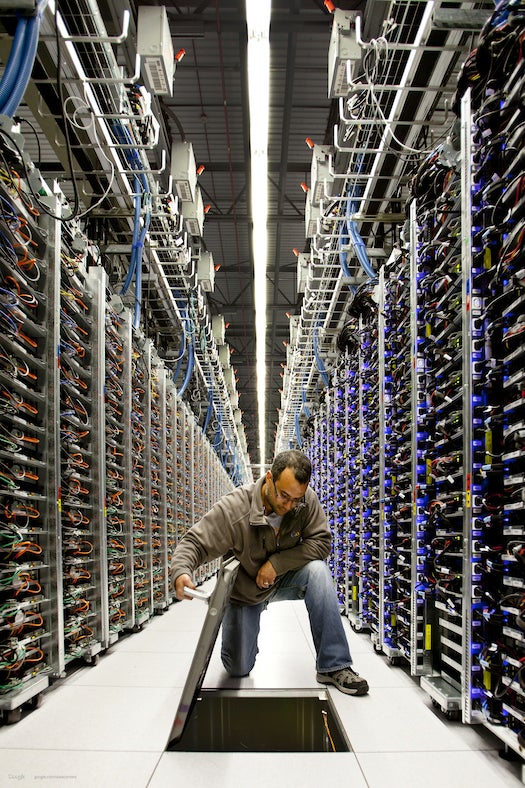 In Douglas County, Georgia, a man inspects pipes running under the floor. 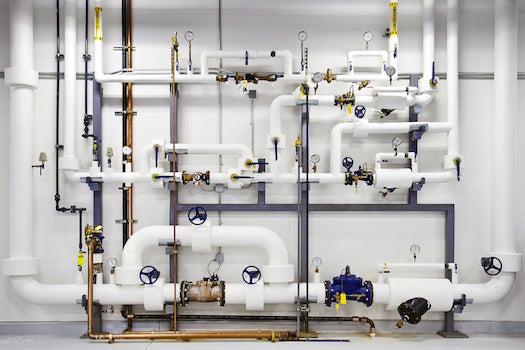 Google keeps pipes full of pressurized water on hand in case of a fire. 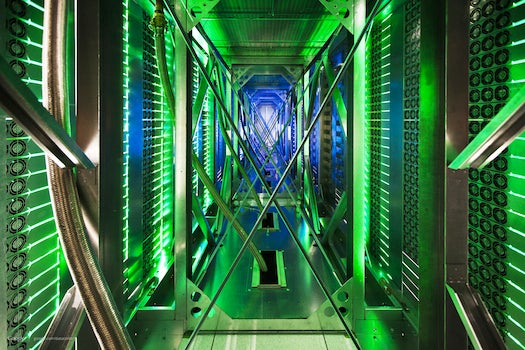 A server aisle in Mayes, Oklahoma. The lights are from green LEDs showing the status of the servers.

Pipes carry water to and from a data center In The Dalles, Oregon. 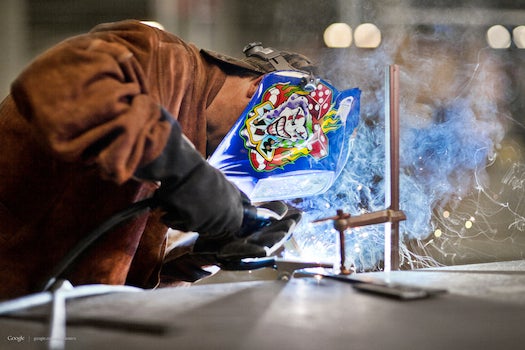 An employee works on wire at a “fabrication area” in the Lenoir, North Carolina data center. 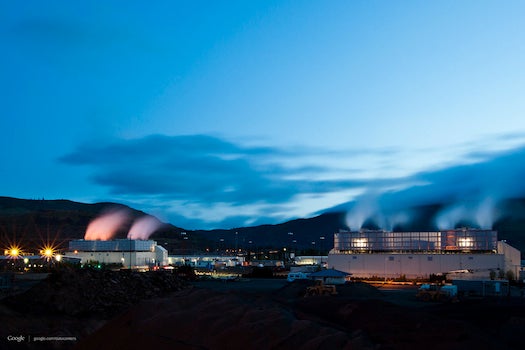 Steam rises from towers in The Dalles, Oregon. 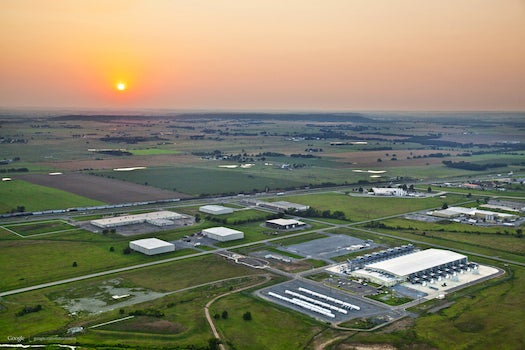 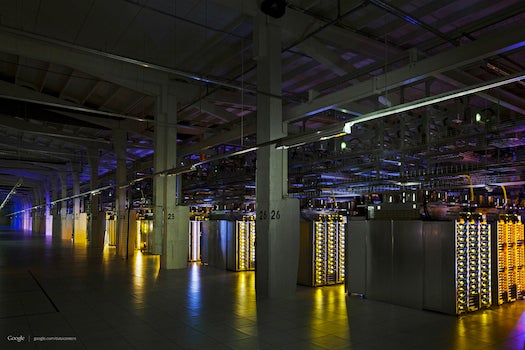 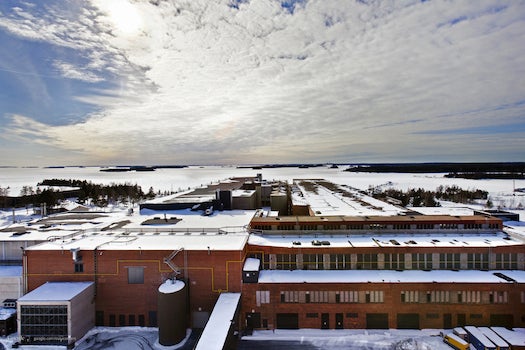 Google maintains three centers in Europe. The Hamina, Finland center is one of them.
art
galleries
Google
Photography