Back in November, South Korea announced that a project to create robot prison guards was underway. And just as predicted,... 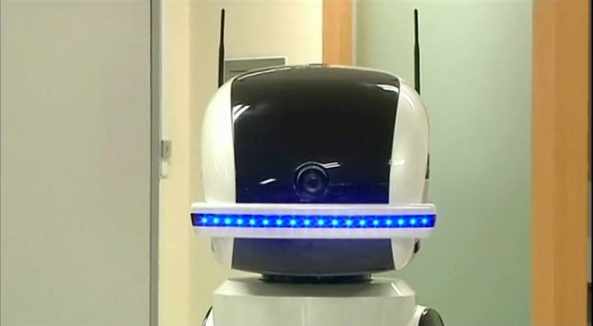 Back in November, South Korea announced that a project to create robot prison guards was underway. And just as predicted, the robo-guards are ready for their first tests. Check out video (complete with prisoner/robot interaction) after the jump.

The robot looks pretty different from the last time we saw it–a little less cheerful, a little more Cylon-y. But the features seem to be intact: it’s equipped with cameras and microphones, so guards can communicate with prisoners remotely. The robots are designed to prowl around autonomously (though they can also be controlled manually with an iPad), and have a system that monitors the mood and behavior of prisoners. Anything out of the ordinary, and it sounds the alarm, bringing human guards running.

The project is currently in the testing stage, presumably at a prison in the coastal city of Pohang.