Like Kinect, but with a microphone and no camera 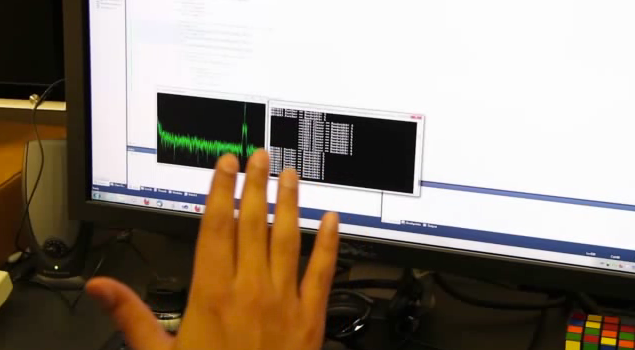 WIth the Kinect, Microsoft opened up the world of gestural controls to the masses, allowing users to manipulate video games and otherwise control their devices with simple motion controls. Now Microsoft Research is doing it again, this time using inaudible sound waves to create the same kind of gestural interface, no cameras necessary.

Aptly named SoundWave, the technology allows users to control their computers via gestures that are evaluated based on sound. It requires a microphone and speaker to work, as the SoundWave system emits a constant inaudible tone that is altered by hand movements in front of the computer. The microphone picks up changes in frequency caused by said gestures, and the software quickly infers what gesture was made.

SoundWave is still in the incubator at Microsoft Research, so it’s not available for PCs just yet. And it kind of begs the question: why? Kinect is good and getting better, and cameras only grow more ubiquitous on our gadgets. If visual gesture recognition is such a robust technology–and Microsoft itself has gone a long way toward proving that it’s here to stay–then SoundWave seems somewhat redundant.

But we’re also all about the idea of research for the sake of research, and in a videoposted to the research group’s site the technology does appear to work, albeit with a slight delay and with a much shorter range than Kinect-like, vision-based systems. See it in action here.