The quantum internet is coming, and this is how we're going to get there. 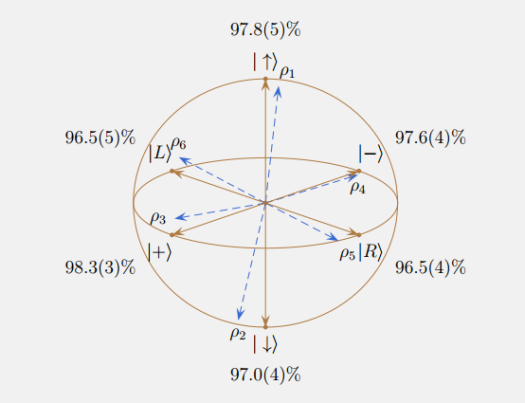 Sometimes it’s tough to get excited about stuff happening in quantum technologies, not because it’s anything less than fascinating but because it can be so hard to wrap your head around this stuff and anyhow the practical applications often seem very far away. But this is one of those milestones that you have to appreciate: Physicists have for the first time teleported quantum information from one macroscopic object to another.

Researchers have been able to teleport quantum information for a while now. Quick quantum primer: This isn’t Star Trek-style teleportation, but the transfer of information–of quantum states–from one place to another without that information crossing the space between them in any way. This is achieved through the strange quantum phenomenon of entanglement, which allows two quantum objects to share the same quantum state such that if you influence one particle you also influence the other, whether they are separated by nanometers or light-years.

So by entangling two photons, for instance, physicists have demonstrated the ability to transmit quantum information from one place to another by encoding it in these quantum states–influence one of the pair and a change can be measured in the other without any information actually passing between the two. Researchers have done this before, between photons, between ions, and even between a macroscopic object and a microscopic object. But now Chinese researchers have, for the first time, achieved quantum teleportation between two macroscopic objects across nearly 500 feet using entangled photons.

That’s pretty huge. The two bundles of rubidium atoms that served as sender and receiver are more or less analogs for what we hope will someday be our “quantum Internet”–a system of routers like the ones we have now that, instead of beaming information around a vast network of fiber optic wires, will send and receive information through entangled photons. So in a way, this is like a first proof of concept, evidence that the idea works at least in the lab.

Now all we have to do is figure out is how to build several of these in series so they can actually pass information from one to the other. To do that, we only have to somehow force these quantum states to exist for longer than the hundred microseconds or so that they last now before degrading. Sounds easy enough.