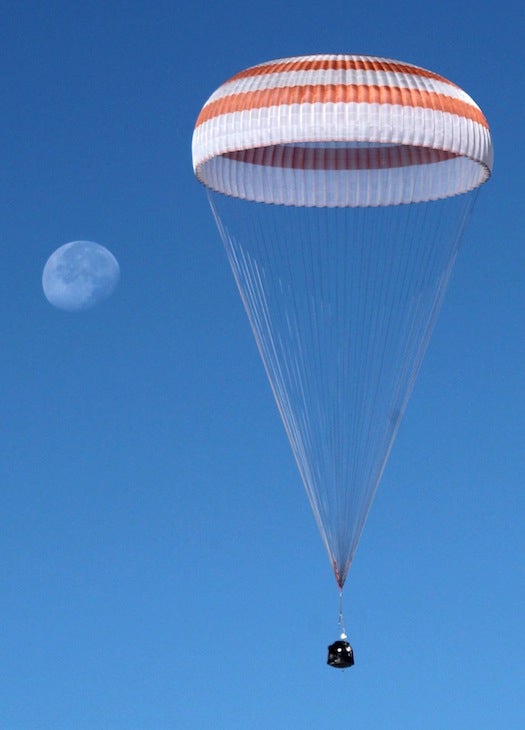 The Soyuz TMA-21 capsule, here seen in mid-air, landed about 93 miles from Dzhezkazgan, Kazakhstan, a small city smack-dab in the center of the country. Sergei Ilnitsky/AP
SHARE

Click to launch a gallery of the capsule’s Kazakh landing.

Three astronauts remain on board the ISS: Russian Sergei Volkov, American Michael Fossum, and Japanese Satoshi Furukawa. All three are due to return to Earth on November 22nd, which, as we noted, may leave the ISS unmanned for the first time in a decade, as the preceding launch of three new astronauts has been repeatedly delayed.

The Soyuz TMA-21 capsule, here seen in mid-air, landed about 93 miles from Dzhezkazgan, Kazakhstan, a small city smack-dab in the center of the country. 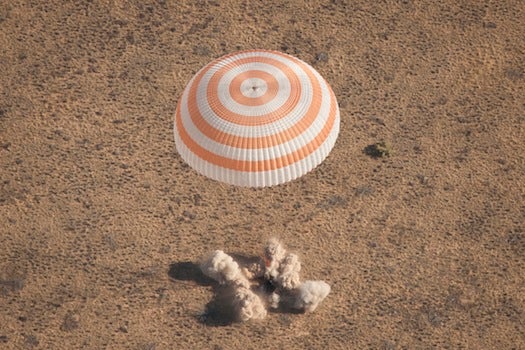 And here’s the moment of landing. The spacecraft carried on board three astronauts: Ron Garan (an American who may be most familiar to readers for his prolific photography) and Russians Andrei Borisenko (the Commander of the mission) and Alexander Samokutyayev. 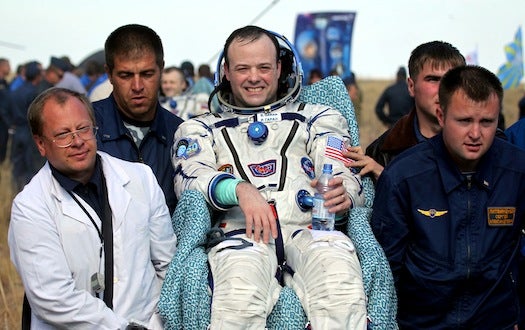 And here begins the particular Soyuz procession of the lawn chairs. The astronauts are carried from the landing site in these chairs, at which point their beaming faces are captured seeing a closeup view of Earth again for the first time in months. Pictured here: American astronaut Ron Garan. 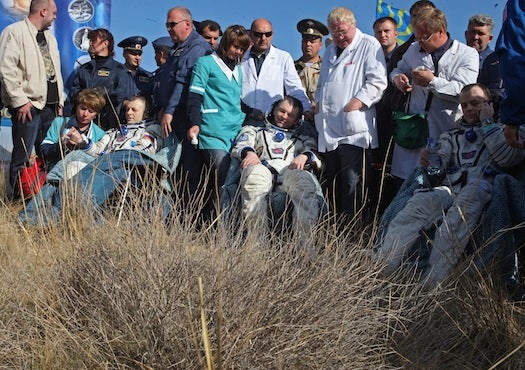 And now all three of the astronauts, seated in their lawn chairs, behind some kind of inhospitable-looking Kazakh shrub. The astronauts undergo some basic medical checks as soon as they disembark. 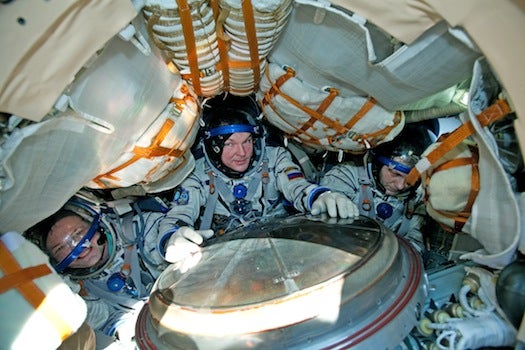 You can see why the astronauts might need some time to stretch out, after being crammed inside the Soyuz TMA-21 space capsule on their way home.
russia