Police who track pedophiles have to do some pretty thankless work once they have their perps — they must sift... 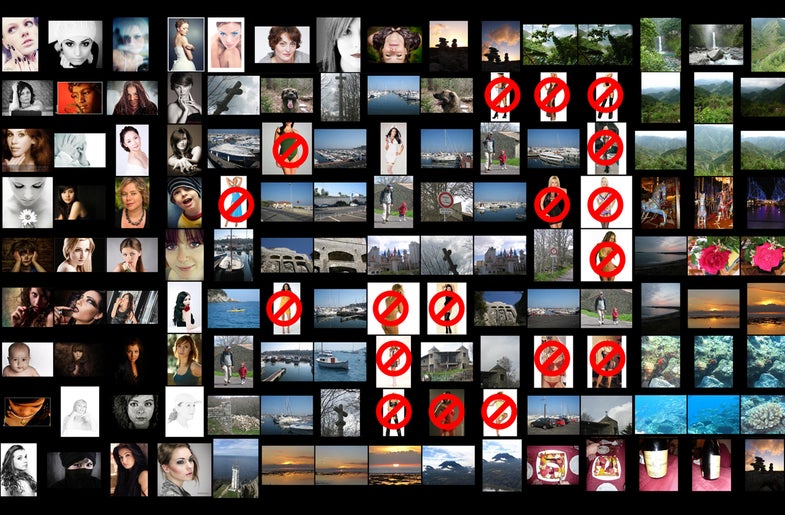 Police who track pedophiles have to do some pretty thankless work once they have their perps — they must sift through large volumes of videos and images to find the illegal ones, and catalog what they’ve found. Now a new detection algorithm could make their work a little easier, by helping to spot files containing child pornography.

“Technologies such as facial and skin-tone recognition are combined with contextual and scene analyses to identify suspicious content,” said project manager Raul Vicente-Garcia.

The images are displayed as thumbnails in an image viewer, like the one seen above, and suspicious files are singled out. An investigator can click to embiggen each of them to inspect it, and a second click marks the images as evidence, according to Fraunhofer. A human investigator still has to verify the software’s findings, but it’s much faster than looking through each file individually — on a standard computer, the software can process 10 images per second.

The system is called “desCRY,” after a literary English word meaning “to discern” or “to catch sight of.”

Researchers led by Bertram Nickolay at Fraunhofer IPK worked with investigators from the State Office of Criminal Investigation in Berlin to develop the system, and this month they are considering using it in field tests. Meanwhile, software giant SAP agreed to help market the technology, Fraunhofer says.