IFTTT Launches, Letting Normal People Program “If This, Then That” Tools

IFTTT, a very simple web tool that might end up becoming indispensable, has just opened to the public, with some... 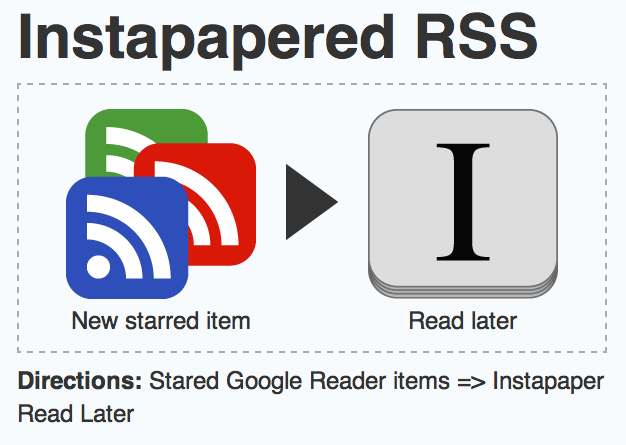 IFTTT, a very simple web tool that might end up becoming indispensable, has just opened to the public, with some new features in tow. IFTTT stands for “if this, then that,” a common developer’s phrase that indicates a relationship between two events. IFTTT takes that phrase and makes it simple to use for everyone. Want to automatically send your starred Google Reader items to Instapaper? Or get an SMS alert when your favorite comedian tweets that he’s coming to your hometown? All easily done, with no development savvy required.

IFTTT primarily works with social networking sites, including ones that make you wonder if “social networking” actually means anything at all. That ranges from the obvious (Facebook, Twitter) to the niche (ZooTool, Posterous) to the useful (Craigslist, Google Calendar), with some basics like Weather and RSS Feed thrown in. It also works with your phone, so you can add SMS texting and even phone calls to the mix. You can create your own IFTTT command from a list, or customize what’s already there, or you can simply browse through the previously created IFTTTs, which the site calls “Recipes.”

IFTTT is now available to everyone, instead of the private invite-only beta it was running before. It’s a pretty great tool–my own tests worked flawlessly, and the breadth of services is pretty impressive. There are restrictions, yes, and real nerdly types may scoff, but it’s actually a lot more flexible than it appears and, more importantly, it’s not the least bit threatening to set up. Check it out here.