Possibility of iPads In Cockpits Sparks Fierce Debate Among Pilots

Alaska Airlines’s recent adoption of iPads into plane cockpits has sparked a debate among pilots as to whether replacing paper... 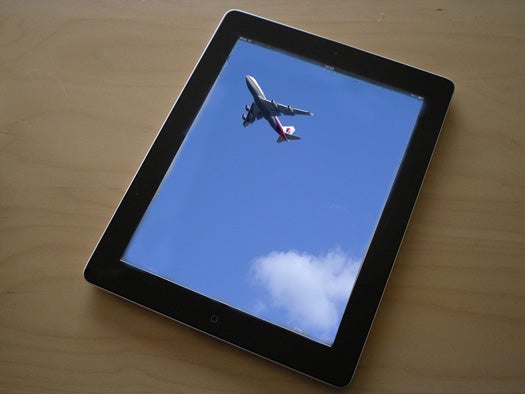 Alaska Airlines’s recent adoption of iPads into plane cockpits has sparked a debate among pilots as to whether replacing paper manuals with the tablet is really a good idea. In one of the most demanding spaces in any job, the digital vs. paper argument takes on a whole new level of importance.

The debate got going when one pilot called the iPad “consumer rubbish” and expressed concern over the iPad’s reliability in the cockpit. This sparked a response in the comments section of a piece at Network World from a staunch iPad supporter who called the device a “game changer.” Using the iPad is highly preferable to flipping through papers to find a navigational aid, according to the second pilot, who also points out that an iPhone can serve as a backup program should the iPad fail during flight.

While Alaska Airlines is looking into integrating the tablets into the cockpit, for now they are still Class 1 devices needing to be stowed during takeoff and landing, including those in the cockpit. The second pilot points out that if the iPads are being certified for use in a cockpit, they will surely be tested for interference, but the first pilot maintains that electronic maps need to be on a specialized gadget, not a “flaky consumer device.” See the full point/counterpoint here.