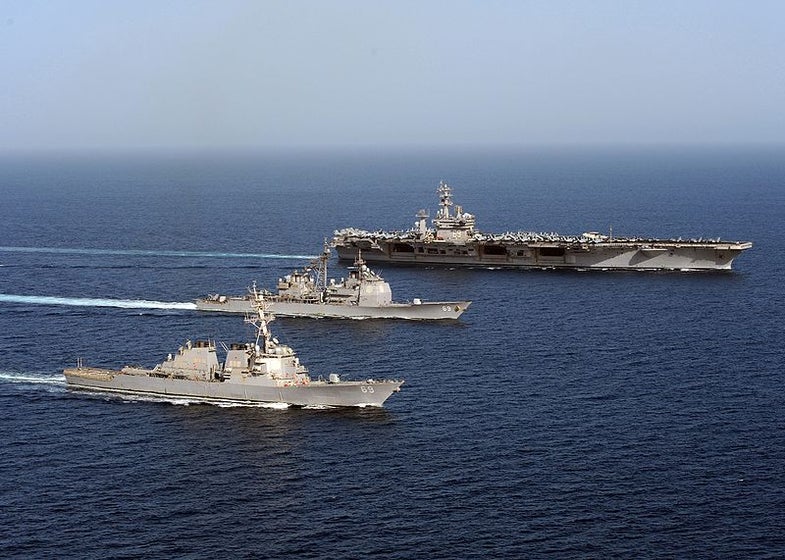 A new acoustic invisibility cloak made of a plastic metamaterial makes objects invisible to sound waves, researchers say. It could be used to shield ships from sonar, or build better soundproof walls for concert halls and other spaces. We’ve seen this idea before, but now Duke University researchers have actually built it.

Invisibility cloaks work by bending light waves in ways that would not normally be possible, through the use of man-made materials called metamaterials. This cloak uses many of the same principles to bend sound waves, so a ship made of this material would render sonar useless, because the sound waves would not bounce back.

This device consists of stacked sheets of plastic peppered with holes, whose arrangement and size redirects sound waves, BBC News reports. The device resonates at frequencies that either absorb or reflect sound waves, so it both blocks and contains them — anything underneath the stack would not hear sound, and sound waves could not be used to locate something coated with the stack. It works in air for audible frequencies between one and four kilohertz, which corresponds to two octaves on the higher half of a piano, BBC says.

Researchers led by Steven Cummer of Duke University tested the stacked sheets on a flat surface, placing a 4-inch block of wood underneath it. The block of wood could not “hear” the sound — there were no sound waves passing through — and “attempts to locate the object using sound waves would not find it,” BBC reports. 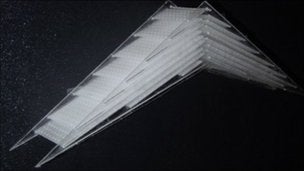 Researchers at the University of Illinois demonstrated a different acoustic cloaking device earlier this year, and researchers in Hong Kong built a latex and plastic model last year. Ortwin Hess, a researcher at Imperial College London, told the BBC this work was unique because the metamaterial was fairly simple to engineer — it essentially just involved poking some holes in a special type of plastic.

The research is reported in the journal Physical Review Letters.